Indian-born Harbhajan Kaur Dheer has become the first Asian woman to hold the title of Mayor of Ealing, the West London town.

Prior to this, she was the deputy Mayor of the borough for about a year. 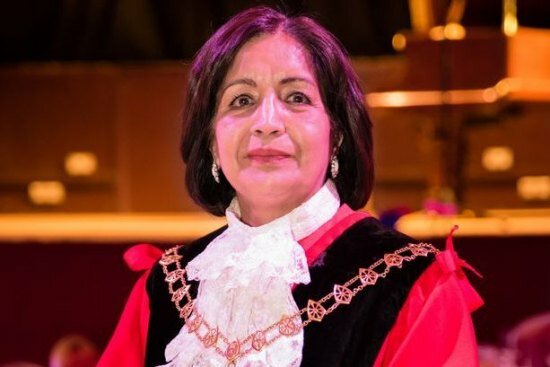 Kaur Dheer, the Greenford Broadway Councillor, was officially appointed as Ealing's new Mayor on Tuesday, May 12th in a ceremony held at Ealing's town hall. She takes over from Tej Ram Bagha.

Born in India in 1953, she came to Britain in 1975 and studied Social Work at Kingston University and obtained a degree in 1995. She worked in Surrey county council as an Approved Mental Health Professional until 2013.

An Ealing resident for 35 years, Kaur Dheer has served the borough as the Deputy Mayoress in 2000 - 2001, and, as the Mayoress in 2001-2002. She was also chair of the Mayoress's charity committee and helped raise funds for a number of charities including children as well as has served as a governor of Ealing schools.

She is wife of deputy leader of Ealing council Ranjit Dheer, who has also served as the borough's Mayor in 2001.

She has represented Ealing in "town twinning" events internationally including in Poland, France, Germany and Nepal.

Harbhajan Kaur Dheer is a member of the local Sikh temple in Southall and is passionate about the rights of children and the elderly including those with mental health problems.