While the Conservatives secured an unexpected clear mandate to form the government, Indian-dominated Ealing council was painted red - all three parliamentary seats in Ealing were won by the Labour party. Of the three seats, two are held by candidates of Asian origin. 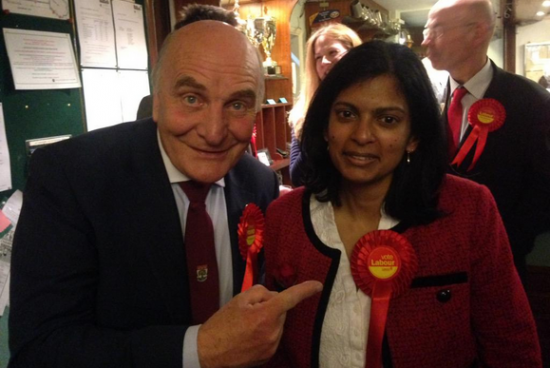 In Ealing Central and Acton, Labour's candidate Rupa Huq won the seat from the Conservative Party by 274 votes. Huq, 43, is a British national but has Bangladeshi roots. Huq speaks Bengali, Hindi, and French in addition to English.

In November 2013, Huq was chosen by the Labour party as its prospective parliamentary candidate for Ealing Central and Acton constituency to challenge Conservative MP Angie Bray at the 2015 General Election. Huq won her Ealing seat with 22,002 votes, beating Bray's 21,728 votes, with a turnout of 71.4%. Huq younger sister is Konnie Huq, former Blue Peter presenter now married to TV presenter and journalist Charlie Brooker. 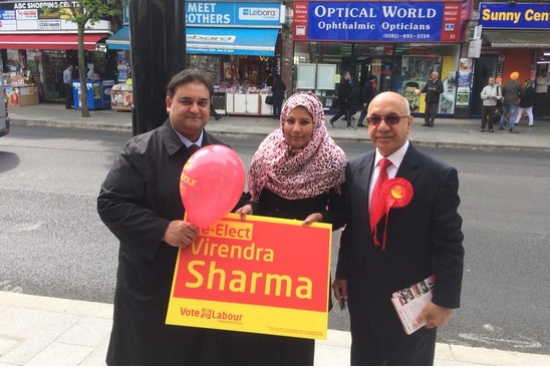 Meanwhile, Virendra Sharma was re-elected in his Ealing Southall constituency, with an increased majority. The third parliamentary seat in Ealing was held by Steven Pound for Ealing North, also a Labour party candidate.

68-year-old Sharma, born in India in 1947, came to Ealing's Hanwell town in 1968 and became a bus conductor on the 207 bus route. Sharma was elected as MP in the Ealing Southall by-election, held in 2007 and held on to his seat in the 2010 election before being reelected again this Thursday.

The votes which were counted overnight, revealed a slight increase in turnout with 68% of the eligible electorate going to the polls, compared with 66% at the last general election in 2010. 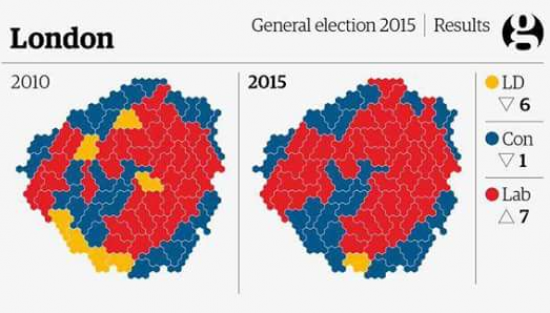 Despite the conservative win, London saw a surge in Labour party's seats.

Although Labour was routed in the 2015 General Election, especially in Scotland, the party can find solace in its success in the British capital. It nabbed seven additional seats in London - mostly from Liberal Democrat voters.

Labour's surge in London can be attributed to the heterogeneous nature of London population. Unlike much of England which is dominated by white middle class British population, London is a mix of affluent immigrants, young workers, people from a variety of ethnic backgrounds, working class people, and liberal middle class families. For much of this demograph NHS, taxes for the poor, immigration policies and welfare policies matter the most. And much of Labour's campaign has focused on these very issues. The affluent class in London may be natural Tory voters and may despise Labour's 'mansion tax' policies. But many of them are of foreign origin and are either not interested in voting or are not able to vote.

Besides, Labour has carefully chosen its candidates in London to represent the capital's demography. Many of the candidates are from ethnic minority backgrounds, are women and are young (Londoners' average age is 34 years). Ensuring the party's London candidates mirror London's demography - is a winning strategy.