Tollywood actor Shruti Hassan has released her latest video ‘Be the Bitch’ on her YouTube channel. The two-and-a-half minute video is written and narrated by herself and calls for successful woman to own it when others, especially men, call her a bitch. “A Bitch is a stud with boobs,” goes the narrative. 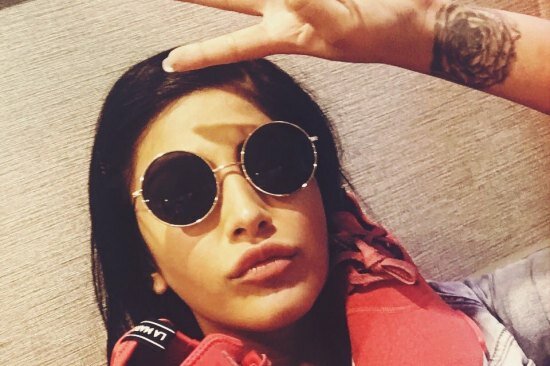 Shruti Hassan’s Unblushed - Be the Bitch is Shruti’s bold call for women to not doubt themselves even once just because they are billed a bitch. “Have you ever noticed and paid attention to the woman you call a Bitch? She's a woman who's too difficult for you to handle. She's a woman who has the balls to object to your opinion. So next time when someone calls you a Bitch, own it,” the actor says on her YouTube channel Blush.

The slick video has a narrative in plain, placid tone but hard-hitting in words. The video, picturised on her, starts with Shruti claiming she is called a bitch by someone on the phone to ‘put her in her place’. “…And what place might that be – the backseat of a slow moving train of your brain reserved for women who were too big to fit into your narrow mind or too tall to cower under your insecurities.”

She then goes on to institutionalise the word bitch by saying: a bitch is a teacher who stands against a system; the bitch has a multi-million-dollar business based on doubt and sheer determination. The bitch is pure ambition with hormones.”

The video is raising eyebrows for the bold narration and has become a talking point on social media just hours after its release.

In the video, the Premam actor talks about how the women who are billed bitches lose sleep for their children but also dream for themselves. “A bitch is a stud with boobs,” she says in the short video.

The YouTube video garnered nearly 10k views in hours of its release on Thursday, October 13th with many viewers taking to Twitter to commend Shruti, the narrative and the video. Shruti’s Be the Bitch Video is prompting mixed reactions and only time will tell if it resonates with women. Shruti’s girl-power video is the latest in a slew of celebrity videos and social media messages calling for women to believe in themselves.