Home » News » Tax on NRI remittances: What it is and how it affects you

Tax on NRI remittances: What it is and how it affects you 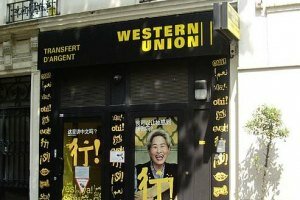 Indian government’s move to impose 12.36% tax on remittances from non-resident Indians (NRIs) has met with opposition from local governments in Kerala and Punjab. But what exactly is this NRI remittance tax and how will it affect you?

India is ranked as one of the top recipients of remittances with an estimated $55bn of remittance received in 2010.

The developing countries receiving the larger amounts of remittances from the UK include India, Pakistan, Bangladesh and Nigeria, the World Bank estimated in 2010.

UK ranks tenth in Europe in regards to the value of remittance outflows and ranks twentieth globally, according to The Migration Observatory, a data analysis entity based at the University of Oxford.

According to chief ministers, the central government is planning to levy a 12.36% service tax on the fee paid by Non-Resident Indians (NRIs) for sending money back home.

The new service tax by India's Ministry of Finance and its Department of Revenue was supposed to come into force from Sunday, July 1, 2012. But it hasn’t yet.

Kerala’s chief minister Oommen Chandy and Punjab’s chief minister Parkash Singh Badal have both called for the Indian Prime Minister Manmohan Singh -- who is also in charge of the Finance Ministry after former minister, Pranab Mukherjee stepped down – to withdraw the proposal.

However, the Finance Ministry, earlier this week, dismissed the tax proposal by stating that remittances of foreign currency received from abroad will not attract service tax. It added that as remittances are sent from abroad, it falls outside the taxable territory and service tax cannot be levied.

The Indian government has assured status quo on the service tax on remittances -- at least, for now.

Indian government has confirmed that remittances from abroad will not attract service tax.

"The matter has been examined and it is clarified that there is no service tax per se on the amount of foreign currency remitted to India from overseas." said the Central Board of Excise and Customs via Circular No.  163/ 14/2012 –ST released on 10-July-2012