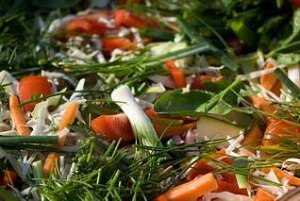 People on a vegetarian diet have a lower risk of IHD -- ischemic heart disease – than those who eat meat and fish, according to a research from American Journal of Clinical Nutrition.

The study was conducted on 44,561 men and women from England and Scotland and aimed at finding out the association of a vegetarian diet with risk of heart diseases.

About 34% of the participants were vegetarians. The study revealed the differences in cholesterol rate, blood pressure and BMI between vegetarians and non-vegetarians. It was

Vegetarians had a 32% lower risk of IHD than did nonvegetarians, the researchers –Francesca Crowe, Paul Appleby, Ruth Travis and Timothy Key concluded.

The risk difference was only slightly reduced when other factors such as sex, age, smoking, or the presence of genetic IHD factors were considered.

The study once again shines the spotlight on the impact of meat-based diets on cholesterol and blood pressure levels.

According to a BBC report, as many as 94,000 people in the UK die of heart diseases each year and 2.6 million people live with heart conditions needing care or hospitalisation.