The annual London Indian Film Festival (LIFF) has returned for its 6th year from 16 - 26 July showcasing some of the most prestigious, offbeat and thought-provoking independent films from the Indian sub-continent. Read more

Dreadlocks Story is a film about Jata or dreadlocks - hair matted in tough, thick locks – a hallmark of Indian rishis, sadhus and saints. Director Linda Aïnouche’s film explores the Indian cultural influences on Jamaica’s Rastasafari culture where dreadlocks were prominent. The film gets its first UK screening on June 16, 2015 in Birmingham. Read more

Pics: Katrina Kaif has got a thumbs-up from the fashion critics for getting it right on her first appearance at the prestigious Cannes Film Festival 2015 in the French Riviera. The actress looked stunning in a black Oscar De La Renta black strapless gown on Day 1 and an electric red lace gown by Elie Saab on Day 2. Read more 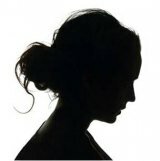 A Kalyan Jewellers print ad featuring its brand ambassador Aishwarya Rai Bachchan posing like a queen with a dark-skinned, puny child with bare upper body holding a parasol over Aishwarya Rai has been withdrawn amid criticism that it is 'racist'. Read more