Pics: Katrina Kaif has got a thumbs-up from the fashion critics for getting it right on her first appearance at the prestigious Cannes Film Festival 2015 in the French Riviera. The actress looked stunning in a black Oscar De La Renta black strapless gown on Day 1 and an electric red lace gown by Elie Saab on Day 2. 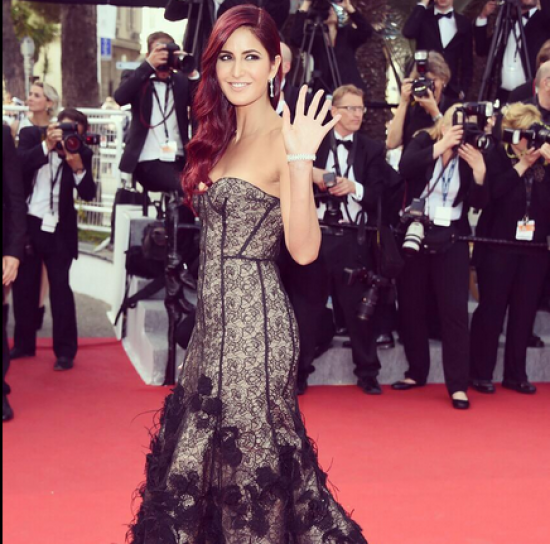 On Day 1, Katrina, a L'Oreal brand ambassador kept her look simple, elegant and modern yet glamourous.  Unlike many Indian actresses who prefer Indian outfits such as sarees for their Cannes appearance, Katrina chose to keep it modern and blended well with the Hollywood celebrities. 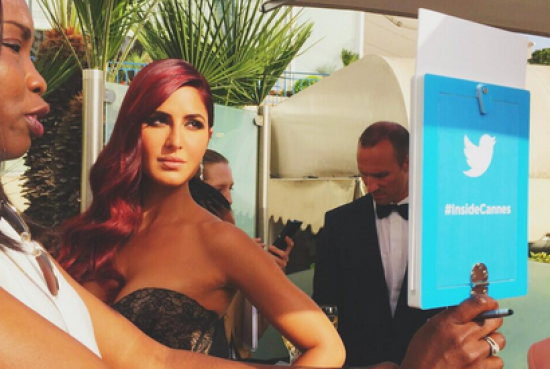 The actress swept her hair to one side and had minimal jewellery – just ear rings and a bracelet, leaving her dramatic dress to create all the impact. The actress has coloured her hair burgundy.

Another Day, Another Hit 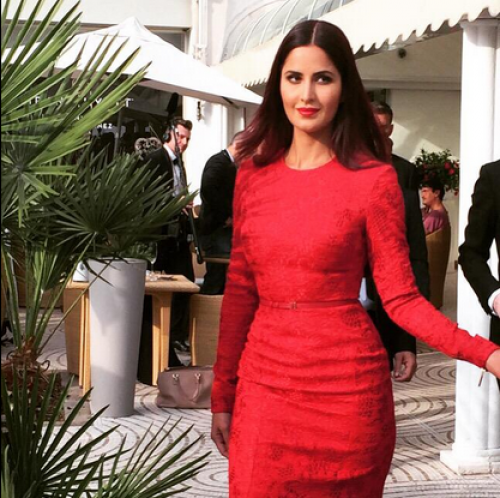 While her fans hadn't still finished admiring her style and elegance at the red carpet on Day 1 of Cannes, Katrina Kaif further impressed in a floor length red gown by Elie Saab cinched at the waist with a red belt. 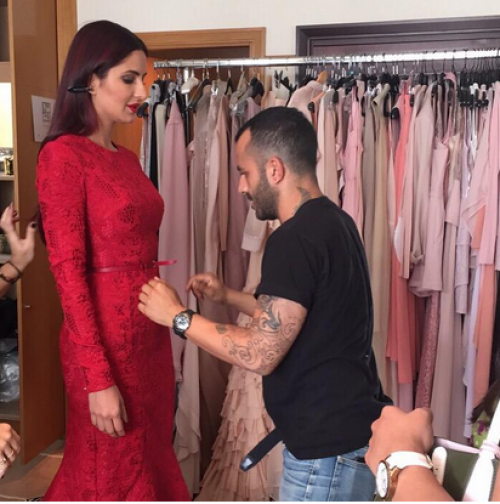 The actress was styled in her Elie Saab full-sleeved outfit by stylist Michael Angel. 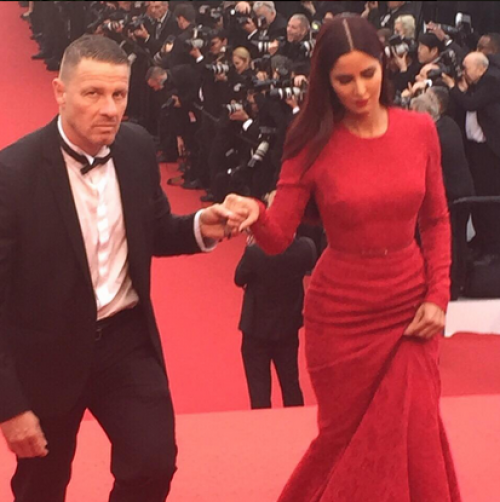 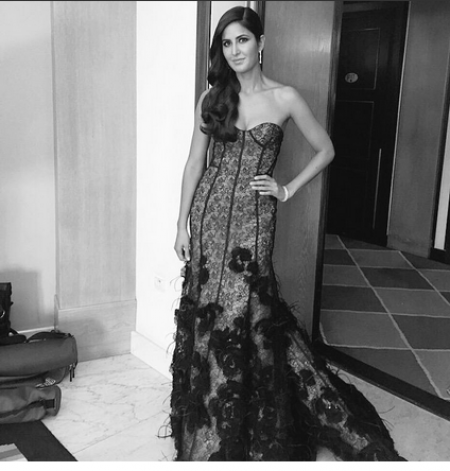 In addition to impressing the fashion police with her red carpet number, Katrina Kaif also looked a vision on Day 1 of the Cannes film festival in a monochrome blouse and white layered skirt. She bared her toned midriff and wore strappy stilettos to complete her look. Her burgundy tresses were styled in her trademark wavy curls. 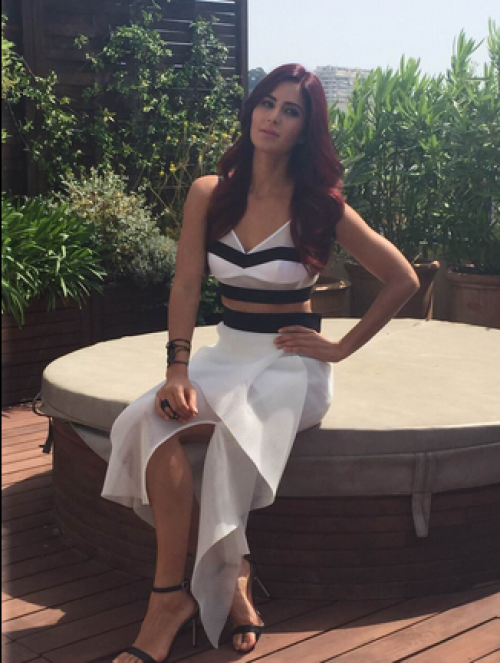 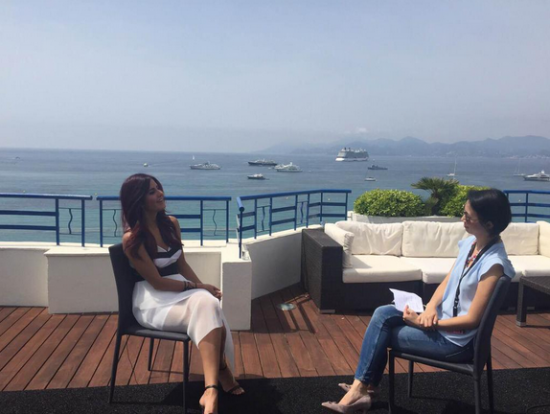 The 31-year-old actress, who is rumoured to be Bollywood actor Ranbir Kapoor's beau, was a sport to take selfies with her fans and Hollywood celebrities including Julianne Moore at Cannes Film Festival

The 68th annual Cannes Film Festival is currently being held from 13 to 24 May 2015 and Katrina Kaif kicked of the Indian brigade at Cannes this year raising the fashion bar for Aishwarya RaI Bachchan and Sonam Kapoor.