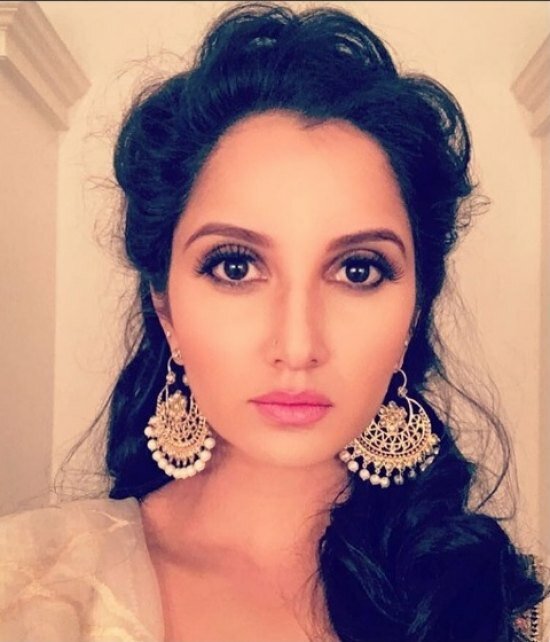 The launch event was scheduled for Wednesday in Sania Mirza’s hometown Hyderabad. The tennis ace looked beautiful in a white and gold anarkali teamed with amrapaali jewellery. 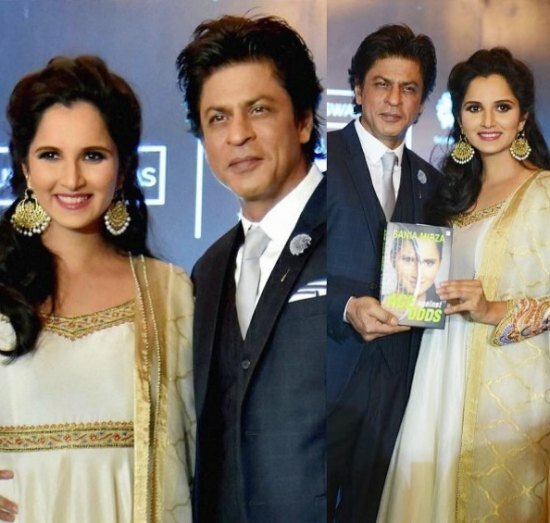 Shah Rukh Khan, the guest of honour at the event looked dapper in a sharp suit. Unveiling the book at the event, Fan star Shah Rukh Khan called Sania Mirza the “Rani of racket” and emphasized that Sania had done India proud with her achievements. He continued that sports personalities such as Sania Mirza, PT Usha and Mary Kom will be a great influence on the boys and girls in India to seriously consider sports as a professional career and make the country prouder.

29-year-old Sania’s book – Ace Against Odds – is all about the sports star’s journey towards becoming World’s No.1 player in women’s doubles and the obstacles and challenges she faced as a woman in making her dream come true and realizing her grand sporting ambitions.

“Thank you for being part of this special occasion for me and my family Shah rukh Khan,” Sania said on twitter to which SRK promptly replied saying the pleasure was all his, adding “Thank u for the pakoras and samosas too. Long since I ate food like that!!”

Sania Mirza, who is married to cricketer Shoaib Malik, is well-recognized for her talents and is considered a big youth icon in India. She is also a recipient of Padma Shri, Padma Bhushan, and Arjuna Awards for Tennis among many other accolades.

The book is published by Harper Collins and is already available on stands across all major bookstores in India.