Home » Movies » Bollywood » Kapoor and Sons Trailer: Alia Bhatt-Sidharth Malhotra starrer is a potboiler of comedy, emotions and love
Kapoor and Sons with Rishi Kapoor as Mr Kapoor is a rollercoaster of drama, comedy, love

Kapoor and Sons Trailer: Alia Bhatt-Sidharth Malhotra starrer is a potboiler of comedy, emotions and love

One of the most hotly anticipated comedy drama film of 2016 is Alia Bhatt, Sidharth Malhotra, Rishi Kapoor and Fawad Khan-starrer Kapoor and Sons and February 10th was a special day for its fans as the films official trailer was released on YouTube by production company Dharma Productions. Kapoor and Sons is slated to release on March 18, around Holi festivities. 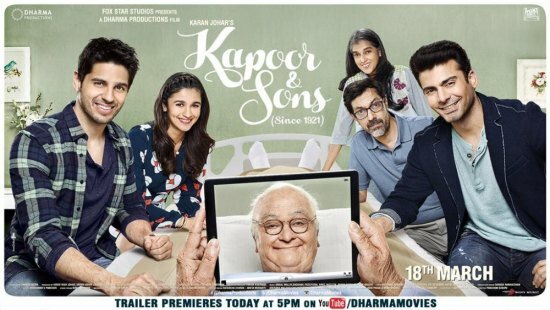 Kapoor and Sons is a potboiler of love, emotions, comedy and drama

The nearly 3-minute trailer is full of emotion, love, comedy, betrayal, action and drama showing the love, affection and complex relationship between brothers, lovers and parents. One of the trailer's highlight is Rishi Kapoor as Mr Kapoor, the grandfather in a never-seen-before look. 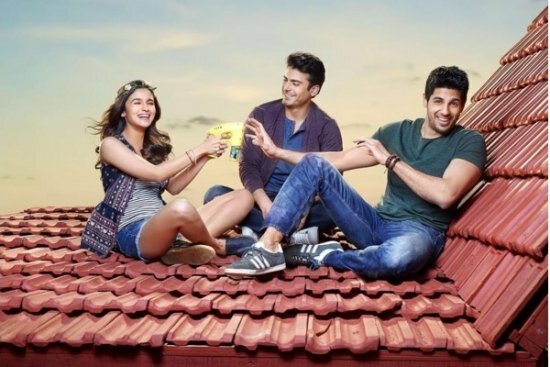 The trailer shows that Kapoor and Sons is a film about love between the members of a quirky family and the young sons' love for a girl. It is directed by Shakun Batra – of Ekk Main Aur Ekk Tu fame.

Kapoor and Sons features Alia Bhatt alongside her rumoured boyfriend Sidharth Malhotra as the lead romantic pair. This is the second time Alia and Sidharth will be seen together since their joint debut in 2013 with Karan Johar's Student of the Year blockbuster film. This is Alia Bhatt's first release of 2016 with her last release Shaandaar opposite Shahid Kapoor didn't do well in the Box Office.

Karan Johar's production house Dharma Productions calls the film a "dramedy with soul" - A rollercoaster of laughs, tears and emotions!.

the trailer shows that Kapoor and Sons has the perfect recipe of being a family entertainer depicting the quirkiness of a family and capturing the affection, love and complexities of relationships.