As turmoil at Kingfisher Airlines continues, will Mallya shut shop?

India’s ailing carrier, Vijay Mallya-owned Kingfisher Airlines was forced to cancel its flights and impose a lockout on Monday, October 1 after facing employee unrest. But as the lockout continues and as its license is stripped by regulators, a complete shutdown of Kingfisher operations is likely, say reports. 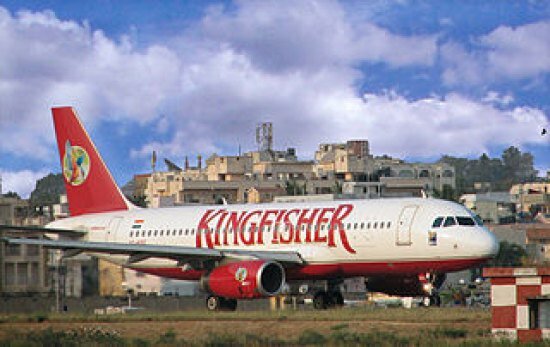 "We are anticipating disruptions and delays of flights across our network on October 1, 2012," said Prakash Mirpuri, Kingfisher’s spokesman.

A section of employees of Kingfisher Airlines had not been reporting to work over the last fortnight.

“Over the past two days, they have been threatening and even manhandling the other employees who are reporting to work as usual,” Mirpuri said.

The company anticipated that many of its employees may not report to work due to such threats. “With a view to mitigating the impact of these anticipated disruptions, we are proactively cancelling several flights across our network for October 1, 2012,” he added.

The Directorate General of Civil Aviation (DGCA) and the Indian Civil Aviation Minister Ajit Singh stated that Kingfisher may not be allowed to operate flights without safety certification from its engineers and safety staff who are disgruntled.

The cash-strapped airline's share prices fell 5% to 15.35 rupees on NSE amid concerns of its future.

The latest employee unrest comes just over two months after a previous strike by employees over salaries. In July, many of its staff including 40 pilots went on strike over wage non-payment.

Since early this year, Mallya’s Kingfisher has been under severe financial distress with a mounting debt of more than £620m ($1.4bn).

India latest FDI reforms -- which allow 49% FDI in aviation will enable foreign airlines to buy stakes in Indian airline companies -- is likely to help Kingfisher Airlines revive itself. But thus far, no foreign airline has approached the Indian carrier with a potential offer.

The airline’s billionaire owner Mallya is also in talks with UK’s Diageo to sell stakes in his drinks company -- United Spirits. It is not yet clear if the proceedings of the United Spirits stakes will be used to fund the ailing Kingfisher Airlines.

A decision on the airline’s future will be made when its creditors meet again in October to decide its turnaround strategy.

Kingfisher Airlines passengers affected by the latest disruptions can check the status of their flight here.