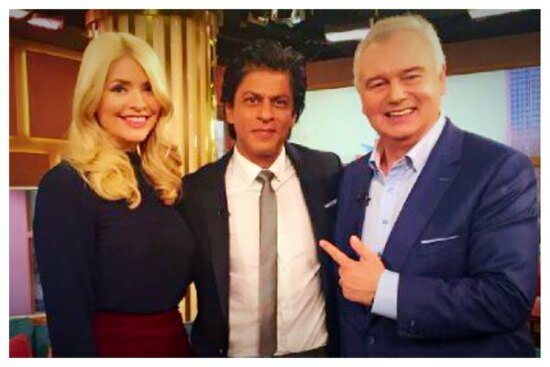 SRK looked dapper in a suit and slim tie when he made his first UK appearance for Dilwale promotions in London at dawn on Tuesday, December 1. 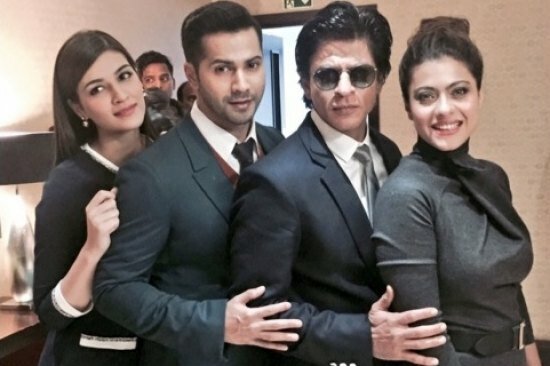 "The day starts with a warm welcome & breakfast with ITV's Holly Willoughby and Eamon Holmes" tweeted SRK. To which Ms Willoughby retweeted: "It was a pleasure". he also added: "London as always beautiful. The people here even more loving than before if that’s possible." 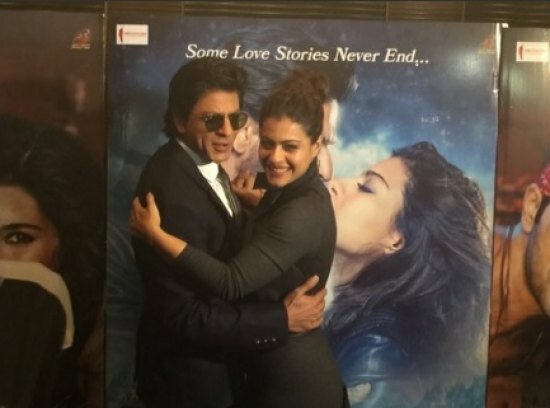 At the UK press conference for Dilwale, Shah Rukh and Kajol took to stage with romantic dance moves with Dilwale poster in the backdrop which aptly read, "Some love stories never end". 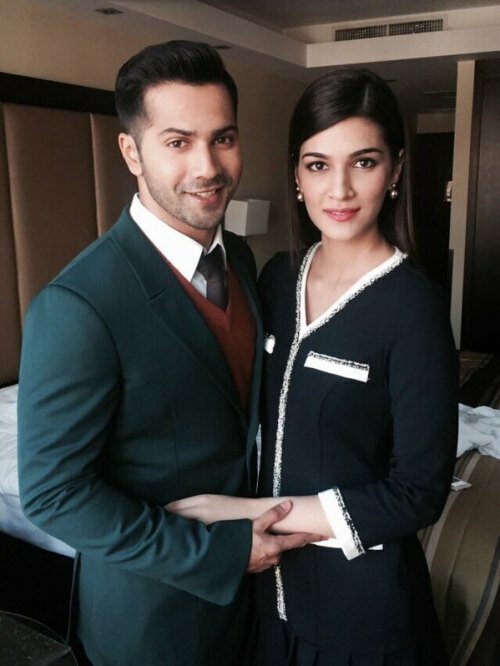 Meanwhile, Varun Dhawan was enjoying a hearty full English breakfast ahead of the teams combined appearance at a press event in London. 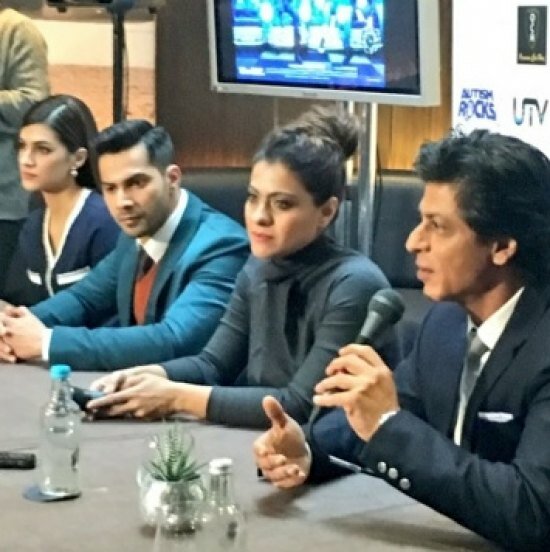 All four Dilwale stars were dressed in a coordinated fashion with Varun Dhawan opting for a blue suit and tie look just like SRK while Kriti Sanon and Kajol both wearing dresses. Kajol looked ravishing with a high up do and a belted grey-black dress while Kriti wore an evening blue skirt suit with white detail on it.