Home » Column » I love the Guv and here's what he proposed

I love the Guv and here's what he proposed

"Any entrant to the central bank governorship probably starts at the height of their popularity. Some of the actions I take will not be popular. The Governorship of the Central Bank is not meant to win one votes or Facebook “likes”. But I hope to do the right thing, no matter what the criticism, even while looking to learn from the criticism.

"Rudyard Kipling put it better when he mused about the requirements of an ideal central banker in his poem “If” - If you can trust yourself when all men doubt you, But make allowance for their doubting too" 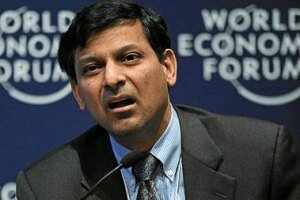 Those were the closing lines of the statement of Dr. Raghuram Rajan on taking charge of the RBI today. He looks promising, bold, raring to go and take the country along. Excerpts from his speech:

Impressive for the first day, isn't it? I wanted to write a love song for you Guv, but thought your words would be better music to my readers. Welcome and be the change that we so desperately need!

Kamala Aithal is the founder of a consulting firm that assists corporates develop Risk ManagementFramework and a regular contributor to Wisonomics column. The views and opinions expressed in this article are those of the author and does not reflect the views or position of IndiaNewsBulletin.com.