London boroughs of Harrow and Ealing – with significant Indian population -- have been rated poorest in food hygiene by the consumer campaigning charity Which? Bucks town Wycombe, which too has a large number of Asians, was also among the worst performing local areas. 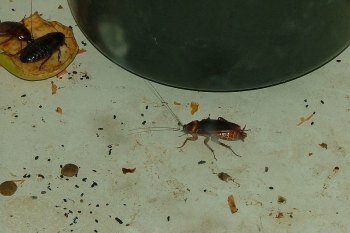 Harrow and Ealing along with other London areas including Southwark, Richmond-upon-Thames, Bexley and Enfield featured in the bottom 10 local authorities for food standards, according to Which?

The consumer watchdog investigated the food standards across 395 local authorities in the UK and ranked how they are performing on food safety enforcement. While London’s Bexley was the poorest performing local authority for food hygiene, Indian community-dominated area Ealing was second poorest and Harrow was sixth in the bottom ten.

Around 22% of Harrow’s population is Indian while Ealing, which is home to Southall, has 15% of its population as Indians. Wycombe, which too has a large Asian and British Asian population was fifth worst in terms of food hygiene.

According to Which?, the local authorities in these areas are struggling to ensure that local eateries and restaurant businesses comply with hygiene rules.

Many Ealing eateries have been fined heavily for breaching hygiene regulations. Two takeaways in Acton and Greenford were closed temporarily by the council earlier this month after finding live cockroaches throughout the kitchen and basement area. Officers also found exposed marinated chicken and flour being stored in open bags in the kitchen.

Meanwhile, a restaurant called Coco Noodle Bar was fined £18,000 and was issued warning to improve food hygiene by the council after they found grease-stained floor and contamination and cross-contamination in food storage areas.

Cherwell District Council in North Oxfordshire was rated as the best performing local authority. Brentwood, Basingstoke and Malden were also among the best ten.

West Dunbartonshire is the only Scottish town to feature in the worst local authorities for food hygiene.

The investigation into food standards come just a year after the horsemeat scandal. Which? examined three criteria in the boroughs for the food hygiene rating – how many local businesses were compliant with food hygiene requirements; how many had received risk ratings; and the number of inspections and follow ups required.

It then combined this finding with data from FSA (Food Standards Agency). The data showed that overall food testing fell by 6.8% from the previous year. The number of food standards interventions had also dropped -- down by 16.8% -- leaving the potential for further food fraud to go unnoticed, the charity warned.

“It is very worrying that local authority food checks are in decline. We want to see a more strategic approach to food law enforcement that makes the best use of limited resources and responds effectively to the huge challenges facing the food supply chain,” said Which? executive director, Richard Lloyd.