Tamil movie lovers worldwide have given Jiiva-starrer superhero, action-adventure film Mugamoodi their thumbs up showing that there is an appetite for Tamil martial arts movies. The film collected more than 10-crore rupees in its first weekend alone. 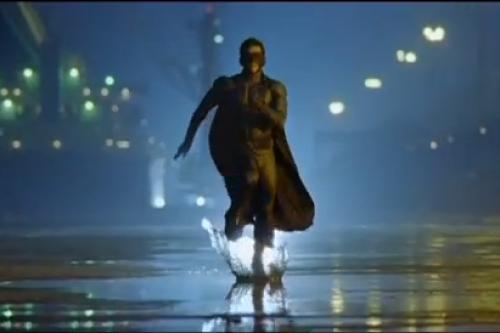 The film features Jiiva as Bruce Lee/ Mugamoodi -- a martial arts specialist who cannot stand corruption or injustice and fights against them in the hope to create a better society.

The story revolves around Bruce Lee who dons superhero costumes to woo the woman he is in love with – Shakthi (Pooja Hegde) and demonstrates his martial arts skills. But on one such occasion, he is caught between the police-robbers chase. He participates in the chase and helps police catch one robber from the team.

This move wins him a new and powerful enemy – Dragon (played by Narain). What follows is a series of events plotted by Dragon which sees Bruce Lee as a criminal and murderer. In his truly inimitable superhero style, Mugamoodi proves his innocense, wins his love and brings an end to Dragon’s unlawful activities.

The film also stars Nassar, Anupama Kumar and Girish Karnad. It was simultaneously dubbed and released in Telugu titled Mask.

While the film has received mixed responses from critics, it has opened strong among global audience collecting about 12-crore rupees in the box office. Mugamoodi was made on a budget of 20-crore rupees.

The film has seen 100% occupancy in theatres in Chennai and more than 70% occupancy across other places.

The film’s music has also got positive reviews. One of its main songs, Vaayamoodi Summa Iru Da has become extremely popular among fans.

Although Jiiva has acted in about 18 Tamil films, this is his first superhero film for which he and other cast members underwent special martial arts training. The movie marks the debut of Pooja Hegde, who was the second runner up at the 2010 Miss Universe India contest.

The film is showing in these selected cinemas in London, UK.