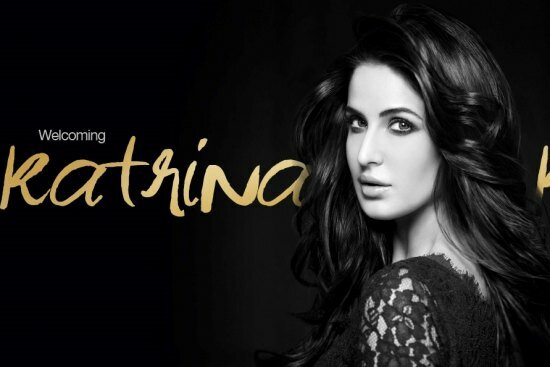 Katrina Kaif is considered one of the highest paid celebrity endorser and is a brand ambassador for other big brands including Lux, Olay, Pantene, Panasonic, Slice juice drink and Nakshatra Diamond jewellery.

International Advertising Association even named her the Brand Endorser of the Year in 2012. Considered one of the most beautiful women in Bollywood, Katrina even emerged as the most Googled celebrity in India in 2011.  She is also the first Bollywood celebrity to have a Barbie doll modelled after her.

The 30-year-old actress, born to a British mother, moved to Mumbai from London to make her Bollywood debut in 2003 in the film called Boom. She has acted in several blockbuster films such as New York, Ek Tha Tiger, Rajneeti and Zindagi na Milegi Dobaara.

Kaif was last seen in Bollywood action-thriller Dhoom 3 which emerged as the highest grossing Bollywood film of all time. Katrina Kaif, the rumoured girlfriend of Barfi! actor Ranbir Kapoor is currently filming for 2014 film Bang Bang opposite Hrithik Roshan.