London has been named the Global Fashion Capital for second time in a row, thanks to Kate Middleton and London Olympics. New York, Barcelona, Paris and Madrid joined the UK capital to make the top five most stylish cities. From the Indian sub-continent, only Mumbai (at 38) and New Delhi (at 48) made it to the list. 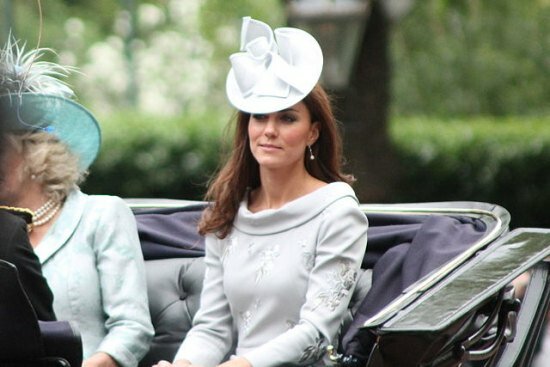 London is Fashion Capital of the world, thanks to Duchess of Cambridge, Kate Middleton
Image: Wikimedia Commons (carfax2)

London city's influential position in the world of fashion is revealed just days ahead of the London Fashion Week which kicks off in the capital on Friday, September 14.

The emergence of the Duchess of Cambridge as a fashion icon and the successful London 2012 Olympics propelled the city to the top of the list of 55 cities in terms of style and fashion, according to the report from Global Language Monitor, the trends analyses and research company.

London held the Fashion Capital crown last year too after beating New York. Prior to that, New York had held the top spot for five consecutive years after overtaking Paris. This year, Spanish capital Barcelona left Paris and Milano behind to take the third spot and was 4 ranks up from last year. Madrid and Rome saw significant jumps too to make it in the top ten.

14 cities from Europe -- London,  Barcelona, Paris, Madrid, Rome, Milano, Berlin, Antwerp, Florence, Monaco, Amsterdam,  Copenhagen, Stockholm, and Frankfurt -- made it to the list. While there were six Asian cities -- Hong Kong, Singapore, Tokyo, Shanghai, Bangkok, and Seoul, only two Indian cities from the subcontinent made it in the final 55.

Mumbai at 38 was ten places ahead of the Indian capital city Delhi but was 14 ranks down from last year when it was the 24th most stylish city in the world. Delhi too was pushed down by nine ranks from last year's 39th spot.

The ninth annual global fashion report is based on Global Language Monitor’s NarrativeTracker tool which analyses the Internet, news media, blogs and the social web to track the frequency and contextual usage of the fashion concepts and terms.

Here are the most fashionable cities of the world:

There were surprising moves in both directions this year. For instance, Johannesburg which was 41th last year took the 18th spot this year and Antwerp saw an even more significant jump -- from 44 last year to 11 this year. Florence at number 16 years also jumped up significantly from last year’s 31st rank. In addition, Caracas which was 50th last year moved sharply upwards to occupy the 23rd rank.

There were some big slips too such as Toronto occupying 53rd palce as against last year’s 34th and Moscow at 35th rank from last year’s 18th place.

The Global Language Monitor annual report includes cities from five continents. The firm estimated the global fashion trade to be worth more than three trillion US dollars.