Rahul Gandhi, who was tipped as the prime ministerial candidate from Congress party for 2014 Lok Sabha elections, got one step closer to it on Saturday, January 19 when he was appointed the vice president of Congress - the second biggest role within the party. 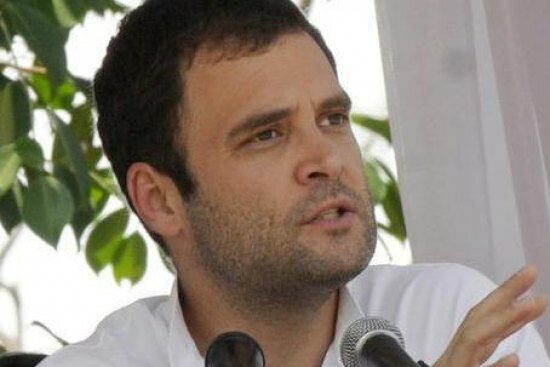 Rahul Gandhi’s vice president role is second only to his mother Sonia Gandhi who is the president of the Congress party.

Rahul Gandhi, 42, entered politics in 2004 when he became Congress’s candidate in Amethi, Uttar Pradesh – his late father Rajiv Gandhi’s constituency. Until then the seat was held by Sonia Gandhi who shifted to neighbouring district Raebareli in UP. Rahul Gandhi won with a landslide majority, retaining the family stronghold and reviving Congress’s losing popularity in UP.

In 2007, he was appointed as the general secretary of Congress committee which had nine other general secretaries including party spokesman Janardan Dwivedi, ex-chief minister Digvijaya Singh and minister Ghulam Nabi Azad.

Rahul Gandhi has completed his M.Phil from Trinity College, Cambridge, UK and has worked at a London-based management consultancy firm called Monitor Group before moving to India to pursue a career in politics.

His appointment as Congress party vice president means that he is likely to be the party’s candidate for the post of prime minister in the next Lok Sabha elections that is scheduled to take place in mid-2014.

Shakeel Ahmad, member of CWC said on Twitter: “We the members of Congress Working Committee adopted a unanimous resolution for the appointment of Rahul Gandhi as Vice President.”