Indian Mujahideen’s Yasin Bhatkal, one of the key militant blamed for the Mumbai, Pune and Hyderabad blasts has been arrested by Bihar and Karnataka police in association with the intelligence agency Research and Analysis Wing (RAW) and National Investigation Agency (NIA). 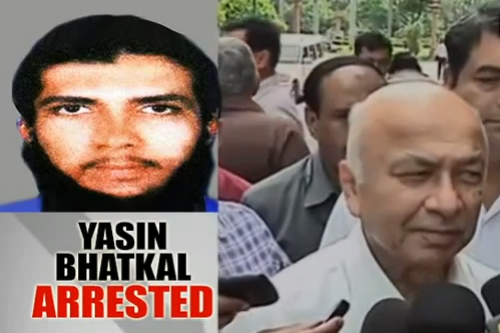 Bhatkal, 30, allegedly founded the terrorist organisation Indian Mujahideen (IM) and was allegedly involved in the bomb attacks executed in Pune, Bangalore stadium and the Mumbai July 2011 blasts near Zaveri Bazaar and Dadar areas.

India outlawed IM group in 2010 after it was suspected to be involved in an attack on a popular bakery, called German Bakery in Pune, western India, in which 17 people died and more than 60 people were injured. But despite the ban, the group’s founders have been under Indian police’s radar.

Last year, the British government banned Indian Mujahideen from operating in the UK. The group has become the 48th organisation banned by the UK. It is also outlawed in the US and in New Zealand.

In a breakthrough in tackling terrorism, Indian police detained and arrested Bhatkal on Wednesday night in Bihar, near the Nepal border, according to Home Minister Sushilkumar Shinde.

Yasin Bhatkal has been on the run for almost five years since 2008. He is also known by his other name -- Mohammed Ahmed Siddhibappa. A reward of 15-lakh rupees was announced by the police in 2011 for any information about Yasin Bhatkal.

The most wanted militant is now under the custody of Bihar police and is being questioned by the officials.