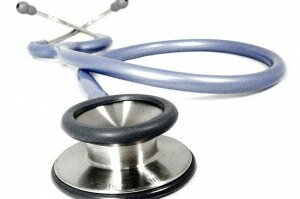 Record number of complaints against doctors in the UK
Image: Wikimedia Commons (stethoscopes)

Complaints about UK doctors are at an all-time high with GPs, psychiatrists and surgeons attracting the highest rates of complaints, according to a report from the General Medical Council (GMC).

Men, and in particular older male doctors, were also far more likely to be the subject of complaints than women. In addition doctors trained outside the UK and Europe were less likely to be complained about in middle age but more likely to face allegations when they were older.

According to the national health regulator, the rise in complaints does not mean that medical standards are falling but just that more patients are prepared to raise concerns about their treatment.

The report, called The state of medical education and practice in the UK, looks at the changes in the medical profession, the challenges facing doctors at different times in their career and the influence of where they work.

Among these complaints there was a significant rise in concerns about how doctors interacted with their patients – allegations about communication increased by 69% and lack of respect rose by 45%.

There has also been a small rise in the number of complaints from medical directors and others holding official positions.

The GMC reassured that there is no evidence that this points to falling standards of practice and initial analysis suggests that greater expectations, an increased willingness to complain, less tolerance of poor practice within the profession as well media attention for high profile cases may be behind the increase.

The number of doctors falling seriously below the standards expected of them remains relatively small, it added.

The GMC is working to better understand what was driving the increase in complaints and the nature of the complaints themselves as well as how to provide greater support for doctors over the course of their career.

“We need to respond to the rising number of complaints about doctors - a pattern seen across healthcare,” said Niall Dickson, GMC chief executive.

It has introduced a series of measures to deal with the rise in complaints such as:

The study is aimed at highlighting the issues and challenges facing the medical profession in promoting high quality healthcare across the UK.