Deputy Prime Minister Nick Clegg has said that the Go Home vans introduced on certain London streets to tackle immigration was a “silly idea” and that the UK must develop a firm and fair approach to immigration. 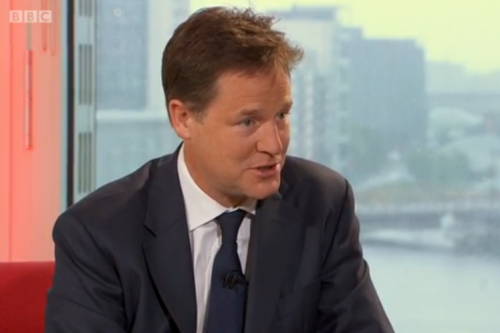 The Home Office’s immigration campaign in July and August this year called ‘Go home or face arrest’ saw a van being driven across London towns such as Brent, Ealing, Barnet, Hounslow, Redbridge, and Barking and Dagenham with the words: “In the UK illegally? Go home or face arrests”.

From the Liberal Democrat party conference in Glasgow, deputy PM Clegg told the BBC’s Andrew Marr Show on Sunday that the go home vans were a “silly idea”. 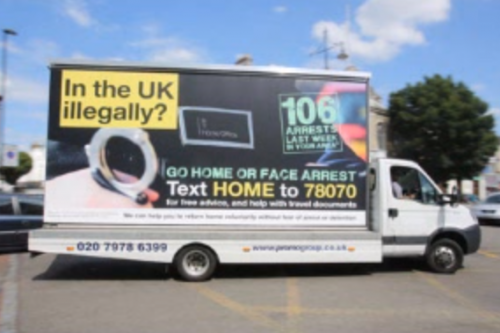 “You can’t inspire confidence in people by aimlessly drifting around in a van in north London and telling people can you go home please,” Clegg said.

Clegg also spoke about the controversial £3000 bond visa that Home Office is planning to introduce for all tourists visiting Britain from “high risk” countries such as India, Pakistan, Sri Lanka, Bangladesh and Nigeria among others.

Not yet introduced, the controversial visa bond scheme is still being discussed in the government and there are differences between the Conservatives and the Lib Dems, he said. But Clegg also pledged to oppose the £3000 bond visa scheme in its current form.

“I am absolutely not interested in a bond that becomes an indiscriminate way of clobbering people who want to come to this country and in many respects bring great prosperity and benefits to this country,” he said. “Of course not.”

According to Clegg people overstaying visas is one of UK’s biggest immigration challenges and that the government needs to do something to bring confidence in the public.

The Liberal Democrat party head is of the opinion that there must be some kind of a bond scheme which could act as an extra discretionary tool for immigration and customs officers who have doubts about whether people will return to their home countries once their visas expire. The bond scheme is to provide extra assurance to the customs officers,” he said.

He called for a firm but fair approach to immigration to bring confidence in Britons. “We clearly need to create a tolerant society but at the same time make sure people have confidence in the way immigration policies are run,” he said.

Among the policies, Clegg is keen to reintroduce exit checks to make sure legal migrants are able to visit the country and leave it while issues around illegal immigration are addressed too.