Ilayathalapathy Vijay’s action-thriller film Thuppakki has collected more than 182-crore rupees since its release in November to become an all-time blockbuster and join the Indian film industry’s “100-crore club”. 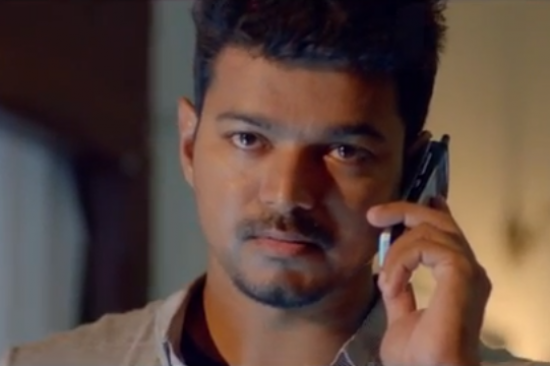 Kumar wrote on microblogging site Twitter: “Started shooting my first film in the new year, the Hindi remake of Thuppakki! Would love to get your good wishes today.”

He also urged his Twitter followers and fans to suggest a name for the Hindi remake. “What should we call the Hindi remake of Thuppakki? For those who don't know, Thuppakki means a gun in Tamil and is an action thriller,” Kumar tweeted. 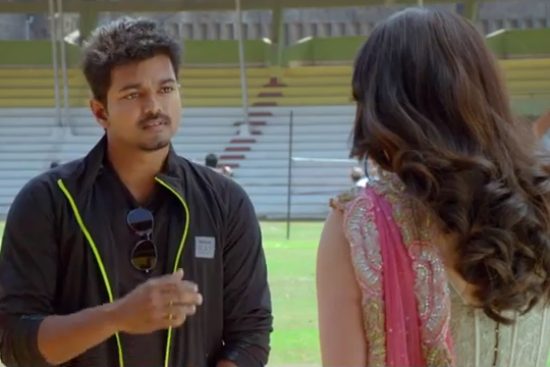 Vijay and Kajal Aggarwal from a scene in Thuppakki
Image: YouTube still (teammurugadoss)

Vijay’s Thuppakki tracks the story of a DIA specialist from the Indian Army called Jagdish (Vijay) who is back home on a short break. While with his family in Mumbai city, Jagdish witnesses a bomb explosion on a busy city street that kills several innocent children, women and men. The story then tracks how Jagdish devises an intelligent plan with his Army colleagues to trace down the mastermind behind the attack and stop them from carrying out other terrorist attacks in the city. The story also tracks the thrilling cat-and-mouse chase between the terrorist group and Jagdish’s team.

Meanwhile, Malayalam actor Jayaram lends a comic touch with his role as the Army commander and Kajal Aggarwal plays Vijay’s love interest in the film.

A large chunk of Thuppakki’s filming was done in Mumbai featuring Linking Road, Chhatrapati Shivaji Terminus, Mumbai-Pune Expressway among others. Some of the movie’s scenes were also filmed in Thailand and Switzerland.

While the film received average ratings from critics, the audience in India as well as overseas responded extremely positively.

The film’s 70-crore budget, crisp editing, thrilling plot, Mumbai locations and Bollywood-style song and dance sequence has helped it appeal to a broader sets of audience. The film's worldwide release on Diwali-day was also instrumental in attracting more audience.

The un-named Hindi remake, also directed by Murugadoss, is the director’s second Hindi remake. Earlier he directed the Bollywood remake of Vikram-starrer Ghajini in Hindi with Aamir Khan and Asin which became a blockbuster.