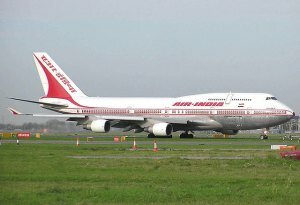 NEW DELHI-- Air India pilots’ strike to protest against the management’s decision to sack 101 pilots is leading to a revenue loss of Rs 500 crores to the airline company.

On May 7, 440 Air India pilots went on strike against the airline's management officials. But the protest received renewed impetus today [Sunday, June 24] as ten more pilots went on an indefinite hunger strike. The protesting pilots are demanding the management to reinstate the sacked pilots.

The strike has resulted in Air India curtail its international long-haul flight schedule. The national carrier has been operating just 38 out of its regular 45 services since the protest began.

On July 3, the pilots announced that they are set to call off their two-month strike with immediate effect. The strike had led to a revenue loss of more than 500-crore rupees for the national airline.