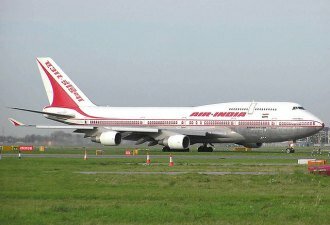 Pilots of national carrier Air India are set to call off their 58-day strike with immediate effect.

The pilots are ending their nearly two-month strike, the high court in Delhi was told.

The strike had resulted in the airline curtail its international long-haul flight schedule and suffer a revenue loss of Rs. 500 crores (£58 million).

It is reported that despite the strike and revenue losses, Air India’s passenger numbers rose by 3% between June 1 and June 20, as compared to the same period last year.

On September 8, 2012, Air India became India's first airline to take the delivery of its first Boeing 787 Dreamliner. Air India has placed an order for 27 Dreamliners and will phase out its old, fuel-guzzling air-crafts with the more energy efficient Dreamliner planes and will also run it across many international routes.

Air India was in a dispute with the Boeing company for the delay in the shipment of 787 Dreamliners and pressed for compensation. The delivery arrived after the dispute was settled, however the financial terms of the settlement were not disclosed.