Chennai-born Cambridge University professor Prof Shankar Balasubramanian is among the extraordinary people in the UK honoured in the New Year’s Honours List 2017. 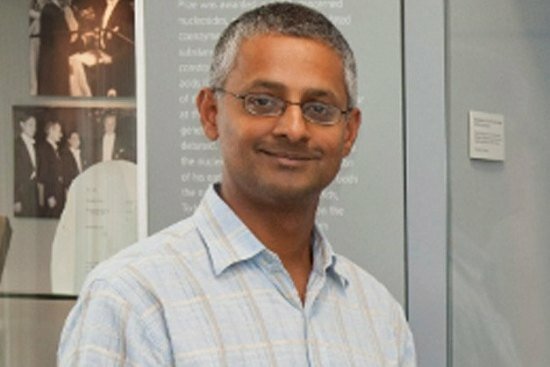 Cambridge University’s Prof Balasubramanian received a Knighthood for his invaluable contribution and services to science and medicine.

Prof Balasubramanian, Herchel Smith Professor of Medicinal Chemistry at Cambridge University, was co-inventor of Next Generation DNA sequencing, the most transformational advance in biology and medicine for decades. Solexa sequencing, as it is now known, allows an individual genome to be sequenced in a day or two at a cost of less than £1000; previously, sequencing the human genome took years of work and cost billions. His work has spawned an entirely new discipline of Bioinformatics. More recently, he has made major contributions to understanding the role of DNA-quadruplexes in cancer and invented a method for the sequencing of epigenetic modifications.

The New Year Honours lists recognises the achievements of a wide range of extraordinary people across the UK.

In total 1,197 people have received an award this year.

This year’s honours are the most diverse ever. In the almost 100-year history of the Order of the British Empire there has never been a greater number of individuals from a Black, Asian and Minority Ethnic (BAME) background.

9.3% of the successful candidates come from a BAME background, the greatest ever number of BAME recipients in an honours list.