Indian Prime Minister Manmohan Singh has congratulated US President Barack Obama on his re-election. Singh told Obama that the president’s re-election has given both countries opportunities to carry forward the bilateral partnership of the last few years. 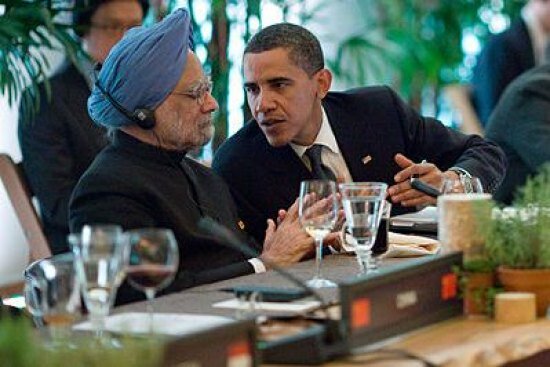 The Prime Minister also expressed his appreciation for the personal interest and commitment that President Obama brought to the relationship. He added that he is keen to pursue their shared vision for the India–US strategic partnership.

According to the Indian PMO, President Obama said: "You have been a wonderful partner".

He noted that Indo-US relations had deepened over the last few years.

Obama, a 2009 Nobel Peace Prize laureate, was elected to a second term as the American president on November 7, 2012 after he defeated Republican nominee Mitt Romney.

In 2008, Obama won the presidency with 365 electoral votes as against the 173 votes received by the then Republican candidate John McCain.