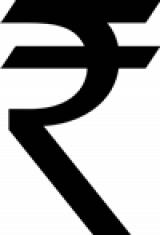 NEW DELHI-- Air India pilots’ strike to protest against the management’s decision to sack 101 pilots is leading to a revenue loss of Rs 500 crores to the airline company. Read more

Rupee plunges to an all-time low at 57.33 per US dollar

The Indian rupee (INR) plunged against the US dollar today [Friday] to cross the 57-mark and hit an all-time low of 57.33 a dollar before closing at 57.12. Read more

Ikea to open 25 stores in India

London 2012 Olympic park sculptor and artist Anish Kapoor’s empty Georgian house in London was occupied by protesters to hold an arts events and protest against the Games. Read more