Home » News » One in seven UK companies led by migrants from India, China and others

One in seven UK companies led by migrants from India, China and others

A research has revealed that migrant entrepreneurs are behind one in seven of all UK companies and have created at least 1.16 million jobs. According to the study, Indian along with Irish, German, American and Chinese are top performing nationalities when it comes to building businesses in the UK. 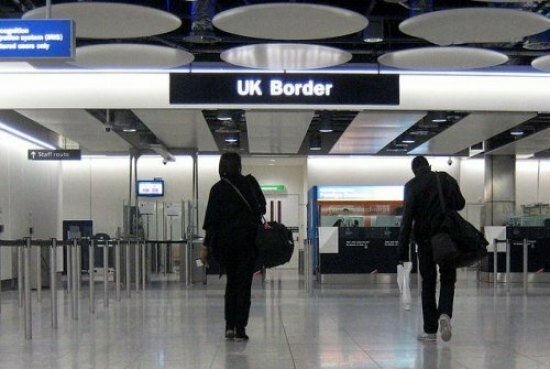 Migrant entrepreneurs create over 1 million jobs in the UK despite government's critical approach to immigrants
Image: Wikimedia Commons (Flickr: dannyman)
The study coincides with the government’s latest migration report - Impacts of migration on UK native employment - which analyses the impact of migrants coming to the UK to take jobs.

Despite the extra challenges migrant community faces in Britain including access to finance and cultural and language barriers, as many as 17.2% have launched their own businesses and employed people, as compared to just 10.4% of UK-born entrepreneurs.

They are also, on average, eight years younger than indigenous entrepreneurs at 44.3 years-old compared to 52.1. And that they are twice as entrepreneurial as British-born working age population.

The research published by the Centre for Entrepreneurs and DueDil has found that nearing half a million people from 155 countries have settled in the UK and have become entrepreneurs. It also found that migrant entrepreneurs, especially in the small and medium business sector - the lifeline of UK economy -- and their companies have created 14% of all British jobs.

“Our politicians and media send out negative signals that risk alienating this vital group of job creators. Given the huge contribution of migrant entrepreneurs, we are calling upon the media and politicians to join us in celebrating those who come to our country and launch businesses,” said Luke Johnson, entrepreneur and Centre for Entrepreneurs chairman.

The Centre also commissioned the Centre for Research on Ethnic Minority Entrepreneurship (CREME) at the University of Birmingham to investigate the social contribution made by migrant entrepreneurs. Their research found new migrant businesses act as vehicles for social integration, and for enabling ambitious workers to develop entrepreneurial skills and experience. The report illustrated that the success of migrant businesses often defies significant personal and professional obstacles.