Home » News » PIO deadline! Indians abroad must convert PIO to OCI by 30th June 2017 for free but pay VFS charges
PIO Card Holders will need to submit an application to convert it to OCI

The final date for PIO (Person of Indian Origin) card holders abroad to convert it to OCI (Overseas Citizen of India) is June 30, 2017.

PIO card holders are advised to submit their applications by June 30th and obtain an OCI card for free of charges. 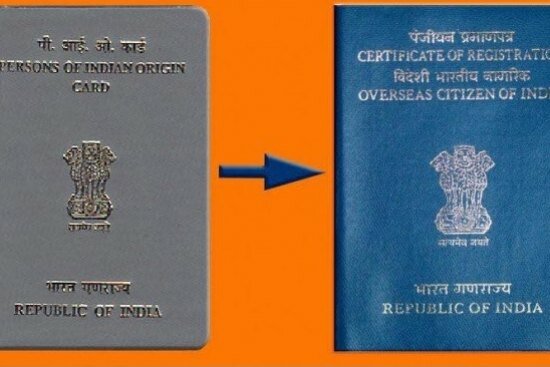 Although fees for PIO conversion is nil, applicants may have to pay the service charges and the postal charges as applied by outsourcing agency VFS.

Indian PM Narendra Modi made an appeal on Twitter urging PIO card holders to get their OCI cards.

I would again encourage all PIO Card holders to convert their PIO Cards to OCI Cards: PM @narendramodi @PBDConvention #PBD2017

Indian government announced via Gazette Notification in 2015 that all PIO cards issued till 09 January 2015 are deemed to be OCI card. Since then, the PIO Card scheme has been withdrawn and henceforth, applicants may apply for OCI card ONLY, as PIO card scheme is no longer in existence.

PIO card holders can submit the applications for OCI card in lieu of PIO card to the Indian Mission/FRRO concerned within the jurisdiction of his/her place of residence. Previously, card holders were instructed to apply only at the location where the PIO card was issued.

Indian government has confirmed, in the event of change of passport of PIO card holder, he/she can travel to India on the basis of new passport with the valid PIO card and the old passport on which PIO card number is endorsed.

Indiansd abroad can also note that from 2015, application forms for OCI services in lieu of PIO Cards are accepted at the VFS centres only and no OCI services are being rendered at the High Commission of India, London.