Bollywood’s King Khan, Salman Khan, who is riding on the success of his blockbuster film Ek Tha Tiger is the latest in the string of celebrities to join social media site Facebook. His official Facebook page Being Salman Khan has attracted almost 3 million “likes” in two days. 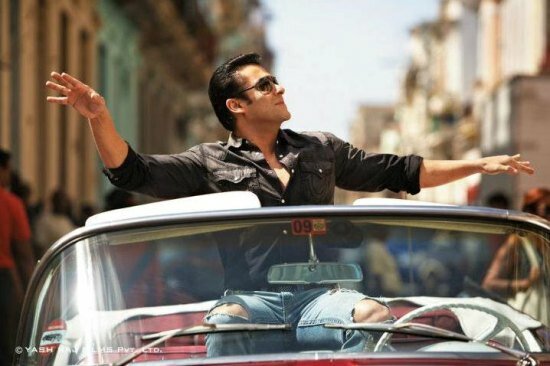 On his Facebook page, Salman Khan has shared several pictures from his films including stills from Ek Tha Tiger, Ready, and Dabangg as well as those from his workout sessions. He has also shared pictures of him with his family members and with legendary actors such as Dharmendra.

His latest cover picture is a collage of the actor from all his films. Fans will also be treated to his trademark "shirt-less" look on the BeingSalmanKhan Facebook page.

While the actor’s official Facebook page is called Being Salman Khan, there are other ‘fake’ Salman Khan Facebook pages. The actor took to Twitter to say that he hopes the fans on the “fake site” will come to his official page unless they are having more fun there with the “inane, untrue and boring info” they will find there.

Salman Khan is the latest celebrity to join Facebook to share his pictures, thoughts and views with his fans. Just a week ago, cricket icon Sachin Tendulkar joined Facebook and received a grand welcome from his fans.

He is busy filming for his next project Dabangg 2 and will be seen making special appearances in two upcoming films - Son of Sardaar and Ishkq in Paris.

Here’s the link to the official Salman Khan Facebook page.