In the wake of the Delhi gang-rape of a 23-year-old girl in December that outraged the nation, right-wing political party Shiv Sena has distributed tens of thousands of knives to women to protect themselves, several Indian newspapers have reported. 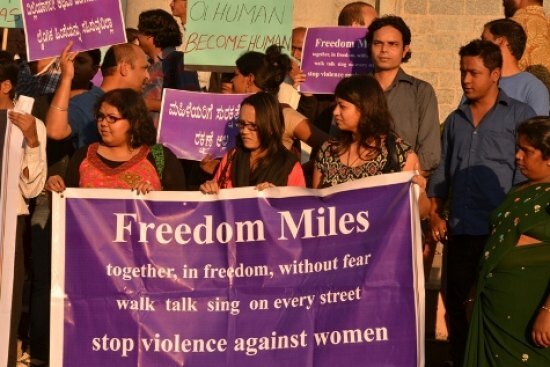 The knives, with a 3-inch retractable blade, were distributed on the birth anniversary of late Bal Thackeray’s on Wednesday, January 23. Reports have also suggested that other self-protection material distributed to women include dry red chilli powder.

The 21,000 pocket knives and other weapons are just a gesture to send a strong message to perpetrators of assaults against women that the women can fight back and are equipped to protect themselves against heinous crimes, according to the party.

Sena members initiated the move to empower women with weapons because the government has not done the needful to protect women, reports have quoted the party spokesman as saying. Shiv Sena members plan to distribute more knives -- up to 100,000 in the days to come.

While no legal action has been taken against the party members for publicly distributing dangerous weapons, the police are assessing the situation tightly.

Shiv Sena and its founder, now the late Balasaheb Thackeray, are known for taking a radical approach to social, economical and political issues. Following the death of Bal Thackeray, his son Uddhav Thackeray took over as the party chief and is continuing on the same party ideologies.

Balasaheb, during his days, had suggested that women should be carrying knives in their purses instead of lipstick to protect themselves. The distribution of knives on his birthday is seen as the party’s gesture to honour the late chief and to send a strong message to the government.

The brutal gang-rape of the woman in Delhi -- who subsequently died of injuries -- has outraged Indians and many groups of women, political parties and organisations have come forward calling for an end to sexual assault on women [pictured is the protest in Bangalore city following the death of 'Nirbhaya'].