Just weeks after a brutal gang rape of a 23-year-old student ["Nirbhaya"] on a Delhi bus that outraged Indians and people across the globe, a similar incident has occurred where a women was gang raped by seven men on a bus in Gurdaspur district of Punjab. 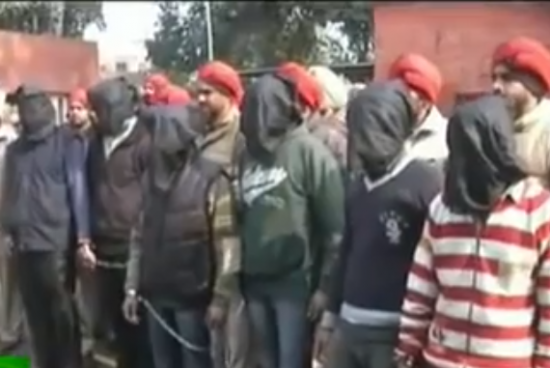 According to reports from India on Sunday, January 13, the police have arrested six suspects including the bus driver and the bus conductor.

The reports state that the driver and his helper took turns to rape the woman on the bus when she was the last remaining passenger. Later five more men joined and assaulted the woman all through the night on Friday before dropping her near her village on Saturday morning.

The woman filed a police complaint following which the six arrests were made over the weekend. The police is hunting for the last suspect.

The shocking incident comes just days after the 23-year-old student called “nirbhaya” died in a Singapore hospital after suffering from multiple organ failure after the brutal gang rape where the men involved used iron rod to rupture her intestine and then throw her off the bus. The police arrested all five suspects with murder charges.

The gang rape of the student on a city bus in South Delhi outraged all political party members as well as the general public in India. The gruesome incident once again proved how unsafe the capital city is for women.

Last week, the five men charged with murder of the student appeared in court for the first time and are likely to face death penalty if convicted.

Many women in India launched a campaign calling an end to sexual assault of the women in India and also called for revised laws that will ensure harsher and quicker punishment to rapists.