Ealing Southall Labour MP Virendra Sharma raised one of the strongest call for greater protection for women worldwide in the wake of the brutal gang rape of Delhi student ‘Damini’. Sharma hosted a vigil with the Ealing, Southall Labour Party Women outside Southall Town Hall for the 23-year-old victim who died on December 29. 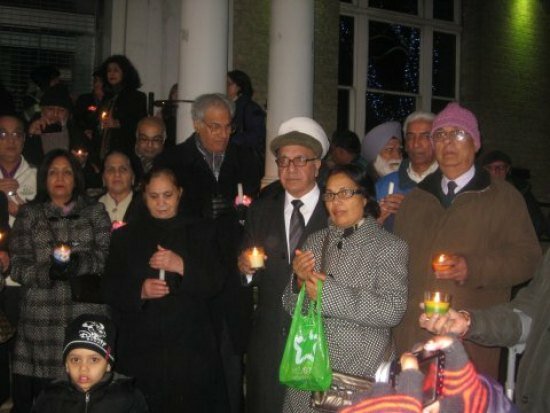 “As a community we wanted to show our support for Damini and all who are affected by rape and domestic violence around the world. It is important that we are able to continue to push for improved legislation in order to prevent cases such as Damini’s from occurring again,” he said on his website.

Sharma has also submitted an Early Day Motion (EDM) on the brutal gang rape which has already been supported by 61 MPs in the UK Parliament.

The EDM supported the calls for greater protection for women across the world including in the UK.

Sharma also called on the UK Government, judiciary and police to offer assistance to the Indian government to help bring about justice in this case and urged the UK authorities to help resolve more rape and violent crimes against women.

Sharma has attended and hosted four vigils for the Delhi gang-rape student aiming to raise awareness amongst the public of this tragic incidence. “I hope to continue this support to ensure this issue is not forgotten so more can be done to prevent such horrific acts of violence,” he said on his website.