The UK Border Agency (UKBA) beds in sheds taskforce was accompanied by Immigration Minister Damian Green and Housing Minister Grant Shapps. Together, they visited the properties in Southall, a Southa Asian residential district, on Tuesday, August 28.

The raids encountered 39 individual tenants, 22 of whom were illegal immigrants. 14 of these immigrants were living in outhouses or converted sheds. Eight others were found in the houses.

A BBC report revealed that these converted sheds with beds were illegal structures where many immigrants crammed. It found that some of these outhouses known as “beds in sheds” were dangerous with open, unconcealed electric wires– making them modern day “British slums”. The pictures by the Home Office also reveal the shocking living conditions and health and safety violations seen in these outhouses. 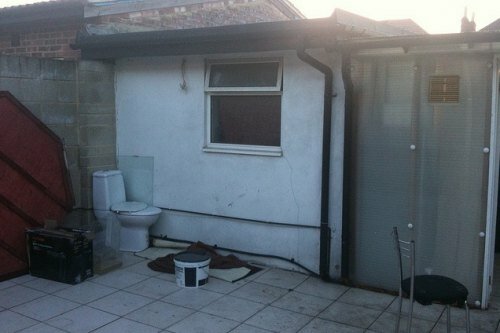 According to the Home Office, of theose 19 detainees, nine had entered the UK without leave, eight were overstayers, one was a failed asylum seeker and one was working in breach of his visa conditions

Following the “beds in sheds” operation, the UK’s border control agency has set out a new guidance to help local authorities deal with rogue landlords and the issue of migrants living in illegally-built outhouses.

The document called “Dealing with Rogue Landlords - A Guide for Local Authorities” has been published by the department for Communities and Local Governments (DCLG) and includes details of the functions of UKBA, powers, and contact details. It also includes explanation for local authorities on how to work with UKBA to promote voluntary returns and utilise enforced removals where necessary. 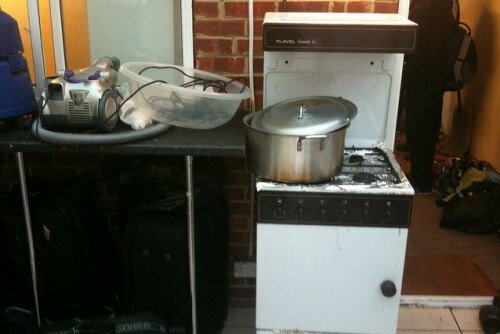 Dangerous and slum-like living conditions in beds in sheds where illegal immigrants from India and Pakistan lived
Image: Flickr (ukhomeoffice)

The guidance is aimed at helping local councils work with UKBA in enforcing British laws against illegal immigrants.

Immigration Minister Damian Green said: “This guidance reinforces the support that UKBA can provide, in working alongside local authorities and police, to enforce our laws against those who are in the UK illegally,” said

“Those with no right to be in the UK must leave the country,” said Damian Green, the Immigration Minister. “If they need help to leave the country voluntarily we will offer it but if they refuse we will enforce their removal.”

The guidance will be in addition to the £1.8m the government recently allocated to tackle the issue of “beds in sheds” and deport illegal immigrants living in the UK.