Most ageing actors are forced to resort to self-parody to remain relevant. So one walked into Shilpa Shetty's maiden production Dishkiyaoon hoping to see Sunny Deol put his dhai kilo ka haath to good use. That and the promise of watching Harman Baweja's ‘revamped’ avatar. Confession: I’ve never seen the man on screen before, having miraculously escaped his debut debacle and thereafter… 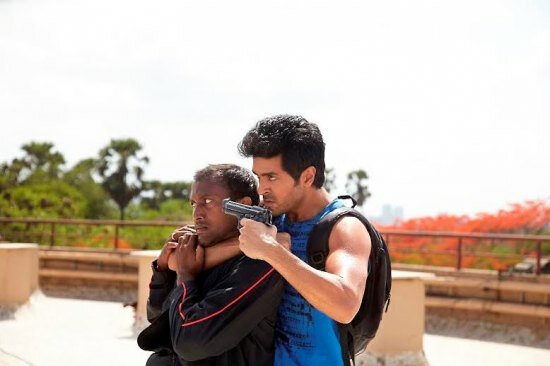 Harman Baweja from a still in Dishkiyaoon

Deol is called Lakwa because his right hand is paralysed except for the index finger, which you know he’ll use at some point but only to pull a trigger. Yes, there are lots of guns in this film, not just jutting out of the front of men’s trousers, but also as belt buckles and such. Because as the title suggests, this is a throwback to the gangster movies of the ‘80s and ‘90s. So  characters walk in and out of Central Jail, sidekicks sport fake scars, leather jackets and crazy names—Viki Kartoos, Yeda Toni, Rocky Chu… (get the drift?)—and Aditya Pancholi shows up as a corrupt cop.

Plus there’s the childhood angst which drove Amitabh Bachchan to the netherworld with alarming regularity in his angry days. Viki’s uncaring father (Rajit Kapoor) preaches Gandhian philosophy when the boy complains about a school bully. Next thing you know the lad has reached the docks to seek Toni’s (Prashant Narayanan) help in avenging the insults and decided to become a career gangster. 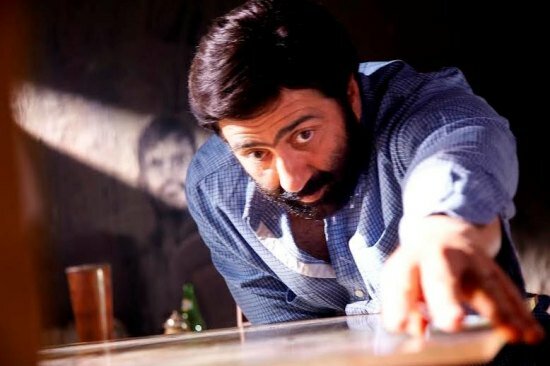 Sunny Deol from a still in Dishkiyaoon

All this he’s recounting in flashback to Lakwa in a dimly lit room where they play snakes and ladders on a glass table while the older man patronises him in a hilarious Haryanvi dialect. It’s not the only bizarre thing about Deol’s character. There’s also his terrible hair weave and fake unibrow.

Baweja is still a facsimile of Hrithik Roshan but only till he’s required to emote. In the second half he morphs into a poor-man’s Anil Kapoor vigorously flaring his nostrils in search of expression. Anand Tiwari is unusually cast as the rogue sidekick who hates Viki and his burning desire to replace Khalifa (don’t ask who or what!).