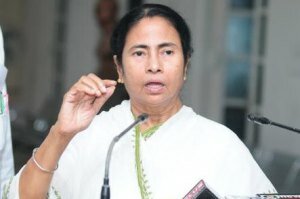 The UPA-led coalition’s strongest ally, Mamata Banerjee’s Trinamool Congress is leaving the coalition delivering a significant blow to an already troubled UPA government. Banerjee’s exit is in protest to the FDI reforms the government announced recently as well as the fuel price hikes.

“We have decided to quit UPA,” Banerjee said 72 hours after the reforms were announced. She is the chief minister of West Bengal state and leader of the All India Trinamool Congress Party which entered into a coalition with the Congress-led UPA government.

Banerjee confirmed that her party’s ministers will resign from the UPA.

“Our ministers will submit their resignations on Friday to the Prime Minister,” Banerjee continued. “UPA never took us into confidence before taking decision on price hike despite our repeated requests.”

Earlier in September, the government announced its decision to increase fuel tariffs sharply. Diesel prices in India were hiked by 14%.

In addition to the controversial fuel price-hike, India’s Prime Minister Manmohan Singh announced a slew of reforms to boost economic growth such as lifting FDI investment limit in retail to 51%.

The approval of FDI in retail means foreign retail giants including UK’s largest retailer Tesco as well as global retailers such as Walmart and Carrefour will be able to enter India.

But this proved unpopular in West Bengal state which has a large majority of lower middle class people who depend on small, local retail jobs. Much of Trinamool Congress’s support in West Bengal comes from this section of the population.

“Trinamool Congress will not accept such arbitrary decisions,” Banerjee, who is referred to as Didi in her state, said.

India needs reforms but reform does not mean it must “sell out everything to satisfy some sections of individuals” she said adding that reforms must reach up to the poor and common people.

“FDI will kill farmers. UPA make `policy decisions` but discriminate between states. I don`t accept this,” she continued.

Banerjee’s withdrawal from the coalition has raised serious questions about the UPA government’s stability. But the central government said it still has the support of well over the 272 MPs’ support it needs to stay in power. But Banerjee’s move may trigger other coalition members to put forth their demands on the FDI reforms.

Banerjee’s party has huge support in the state of West Bengal. In the 2011 State Assembly election, her alliance won 227 out of 294 seats. Trinamool Congress alone won 184 seats enabling it to govern without an alliance.

Among the high profile members of the party who are likely to resign are Mukul Roy who si currently the railway Minister of India.