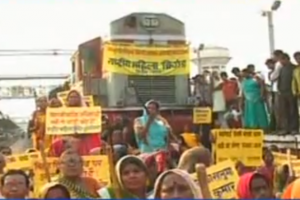 Regardless of the opposition from its allies on FDI reforms, the Indian government has formally opened up the economy to allow international retail giants such as Walmart and Tesco to open stores in India on Thursday, September 20.

The formal notification, from the Department of Industrial Policy and Promotion, came on a day when many political parties including Opposition BJP party called Bharat Bandh in protest against the reforms to allow 51% FDI in multi-brand retail and 49% FDI in the aviation sector.

Global retailers will be able to offer a majority of investment (51% FDI) to expand their presence in the country.

Although the government approved the higher FDI investment, it added that it is up to the state governments to decide whether to allow retailers to open stores in their regions or not. So far, 10 states and union territories have agreed to implement the decision.

"51% FDI in multi-brand retailing, in all products, will be permitted with immediate effect," a notification from DIPP suggested.

Along with the approval of higher FDI, the government has laid some ground rules for foreign investors. The investors will have to bring in at least $100m and retail stores can be launched only in cities with a population of more than 10-lakh (1 million).

It also added that at least 50% of the investment should go in 'back-end infrastructure' in Indian regions within the first three years.

FDI in India is still prohibited among various segments including lottery and gambling, real estate business, tobacco manufacturing and other public sector segments such as Railway transport and energy.

While retailers and entrepreneurs welcomed the radical reforms political parties such as Trinamool Congress and Opposition party BJP called for a nation-wide strike (Bharat Bandh) on Thursday.

Those opposed to the idea of increasing FDI in retail said that the reforms will adversely affect the lower middle class people who depend on small, local retail jobs. "FDI will kill Indian farmers," Banerjee had said while pulling out of the coalition. They were also opposed to the government's decision to hike fuel prices.

Several traders and small-time shop owners participated in the national strike and transport system were affected in many places.

While life in several cities such as Delhi, Bangalore and cities in Bihar, Kerala and Uttarakhand were paralysed over the strikes, it was not effective in a majority of the regions, suggesting a strong support for the government’s decision.