Anti-corruption activist Arvind Kejriwal from the India Against Corruption (IAC) at a press conference on Friday, October 5 alleged that Robert Vadra bought properties from DLF at discounted prices and sold them for a huge profit margin.

One day later, the property developer has said that the allegations raised against it are “completely baseless and untrue”.

DLF has said that it gave no unsecured loans to Vadra or to any of his companies. However it admitted that 65-crore rupees were given as business advances for the purchase of land as per “standard industry practice” for two properties in Gurgaon.

“The business relationship of DLF with Vadra or his companies, has been in his capacity as an individual entrepreneur, on a completely transparent and at an arm’s length basis,” DLF spokesman has said.

Haryana Government had allocated 350 acres of land to DLF for the development of Magnolias project in Gurgaon. According to Kejriwal, Vadra owns 7 properties in the Magnolias project. He added that DLF has been given various other properties and benefits by the Congress governments in Haryana and Delhi.

Is that the quid pro quo for DLF giving Vadra the seed money for the purchase of these massive properties worth hundreds of crores, Kejriwal questioned.

But DLF denied any quid pro quo in its transactions with Vadra and his group of companies. According to the company, IAC’s allegations confuse the Magnolias project with an independent project of 350 acres which was tendered by the Haryana State Industrial and Imports Development Corporation (HSIIDC) for a “Recreation and Leisure project”. DLF had won the contract following a bidding process.

“DLF secured the project on its own merits and not through a discretionary allotment by the Haryana government as alleged,” the spokesman said.

“We further state that DLF has not been allotted any lands by the State governments of Haryana, Rajasthan or Delhi.”

Kejriwal also alleged that a lot of “unaccounted black money” is invested in Vadra’s properties. What is the source of these funds; Are illicit funds of the Congress party channeled into this property-buying-spree by the Congress dynasty’s son-in-law, questioned Kejriwal.

There is no question of utilisation of unaccounted black money or illicit funds as alleged. We categorically and vehemently reject this allegation,” the DLF spokesman added. 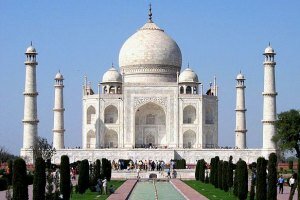