Bollywood actress Asin Thottumkal, who was born in Palakkad, Kerala has celebrated Malayalam festival Onam in traditional style despite being in Mumbai. Read more

Southern siren Trisha Krishnan has come out strongly in response to the news doing the rounds that she will tie the knot next year. On Twitter, the actress vehemently denied getting married anytime soon. Read more 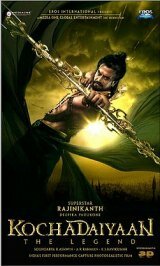 Malayalam superstar Mohanlal in the UK for London 2012 Olympic Games

Malayalam superstar Mohanlal is in the UK along with his wife Suchithra to enjoy London 2012 Olympic Games' opening ceremony and a few competition events. Read more

Popular Malayalam film actor and producer Dileep has scooped the award for Best Actor 2011 for his role in the film Velaripravinte Changathi, while actress Swetha Menon was awarded the best actress title for her role in the movie Salt N Pepper. Read more

Ajith Kumar-starrer Tamil crime-thriller Billa 2 has opened to positive reviews in foreign countries and has drawn huge sets of audience in the UK and in Australia. Read more