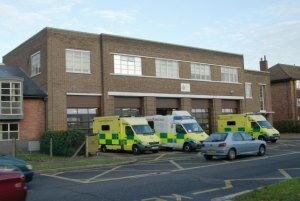 Indian doctor in the UK, Bala Kovvali who worked as the out-of-hours doctor in Sheffield has been jailed for two-and-half years for ignoring the fatal signs of diabetic disorder in the patient William Fellows.

Kovvali told the family members of Fellows that the patient was depressed and had a headache and advised him to go home and see the doctor next morning. Instead, the Indian doctor should have taken the symptoms seriously and dialled 999 to rescue Fellows, the court heard.

64-year-old Kovvali admitted that he was grossly negligent and was responsible for Fellows’ death.

The judge heard that it was a criminal negligence and that Fellows’ death was entirely preventable. Kovvali was charged with manslaughter and will be imprisoned for two and half years.

According to reports, the Indian GP resides in India but comes to the UK every summer to work for Primecare, the doctors’ deputising service.

Kovvali was in the US when he was arrested. He was later extradited after a Sheffield coroner adjourned the investigations into the death for police inquiries.

The diabetic experts quoted in the Daily Mail said Dr Kovvali should have taken a simple test to measure the blood sugar levels in Fellow’s body and should have immediately called emergency services because the patient’s insulin level was dangerously low.