Tamil movie lovers worldwide have given Jiiva-starrer superhero, action-adventure film Mugamoodi their thumbs up showing that there is an appetite for Tamil martial arts movies. The film collected more than 10-crore rupees in its first weekend alone. Read more

Bollywood actress Asin Thottumkal, who was born in Palakkad, Kerala has celebrated Malayalam festival Onam in traditional style despite being in Mumbai. Read more

English Vinglish has marked Sridevi's Bollywood comeback. Despite being away for nearly 14 years, the veteran actress’s film attracted a huge number of viewers on social media sites including YouTube and Twitter and won her a standing ovation at its premiere at TIFF. Read more 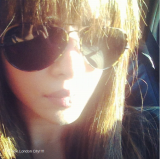 Good news for Bollywood fans in London as leading lady Priyanka Chopra and heartthrob Ranbir Kapoor were in the UK capital in relation to their upcoming film Barfi! Read more

Manipuri boxing champion Mary Kom who is celebrating her success at London 2012 Olympics has become the subject of a potential Bollywood project. Read more

Ek Tha Tiger has become an all-time Bollywood blockbuster after collecting more than 210-crore rupees at the Box Office in 12 days of releasing. But it is not just the ETT team that is enjoying its success, Trinity College Dublin too is cashing in on the film’s success and planning to woo Indian students. Read more

Southern siren Trisha Krishnan has come out strongly in response to the news doing the rounds that she will tie the knot next year. On Twitter, the actress vehemently denied getting married anytime soon. Read more

Review: Gangs of Wasseypur Part 2 – a washed down version of Part 1

Anurag Kashyap's Gangs of Wasseypur Part 2 takes off from Part 1 and the saga of absurd violence and relentless homage to Bollywood continues all the way till the gory climax. But the sense of history and of real, pulsating characters seen in Part 1 was missing. Read more