Tata Steel fined £25,000 over worker accident at its UK plant

A UK court has found Tata Steel UK guilty to three breaches of health and safety regulations and fined the company £25,000 after a worker at its Llanelli plant lost two fingers in a factory accident. The safety watchdog called the regulations breach “shocking”. 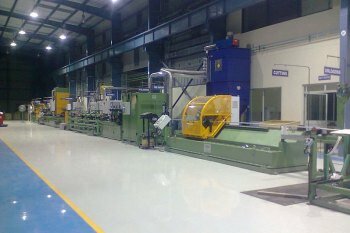 Llanelli Magistrates heard that the worker, an employee for 34 years, was working on a production line at the Tata site in Trostre when his left hand became trapped in a pair of steel pinch rolls. He suffered crush injuries that led to the amputation of half his index finger and part of his middle finger.

The incident occurred in December 2012. An investigation by health and safety watchdog, Health and Safety Executive (HSE) found that the machinery the worker was using lacked appropriate guarding systems.

Although the equipment posed significant risk because of dangerous parts, Tata Steel UK failed to properly assess its risk to its workers.

“They failed to provide machinery guarding to current standards, did not prevent access to dangerous moving parts of machinery and failed to provide a safe system for managing and controlling the risks associated with a production line,” said HSE inspector Steve Lewis.

“It is shocking that a company of this standing failed to achieve compliance on such a basic level of machinery guarding, thereby putting their employees at risk.”

The Indian-origin company pleaded guilty to three separate health and safety breaches and was ordered to pay an additional £8,320 in costs.

“This was a completely needless and entirely preventable incident that left an employee with a permanent impairment,” Lewis said.

The watchdog warned that it will not hesitate to prosecute companies where key safety devices are not fitted to potentially dangerous machinery.