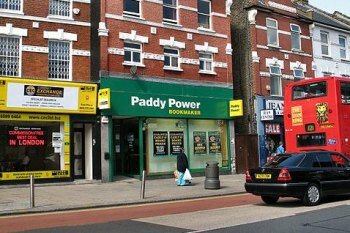 The UK Border Agency has arrested a 28-year-old Indian and a 33-year-old Sri Lankan who were both working in breach of their visa conditions at bookmaker Paddy Power in Shepherd’s Bush, London.

The illegal workers were arrested following a raid by the border control authorities.

The UKBA members visited the Paddy Power shop on Goldhawk Road on Tuesday, February 12 and carried out checks on staff to see if they had the right to work in the UK.

The UKBA staff detained the two Asian workers and has warned that Paddy Power will face a fine of up to £10,000 per illegal worker unless it provides proof that the correct right-to-work checks were carried out on the pair.

Every year, the UK Border Agency imposes civil penalties on hundreds of companies which fail to carry out proper right-to-work checks on staff, said Sarah Burton, assistant director at UKBA.

In the first quarter of 2012 alone, it issued more than 250 civil penalties and collected payments of over £400,000 from businesses that employed these workers without conducting proper checks on their visa statuses, its report showed.

“The UK Border Agency is happy to work with employers to help them make sure they know what needs to be done, but those who flout the rules could face big fines,” warned Burton.