Home » News » Pics: Deepika Padukone and Irrfan Khan’s blossoming chemistry in Piku
Pike, releasing in April 2015, is a film about father and daughter played by Amitabh Bachchan and Deepika Padukone

Shoojit Sircar’s much-awaited film Piku, which stars Amitabh Bachchan, Deepika Padukone and Irrfan Khan in lead roles is a comedy-drama film about father and daughter. But here’s a glimpse into the sizzling chemistry shared between Deepika and her love interest played by Irrfan Khan. 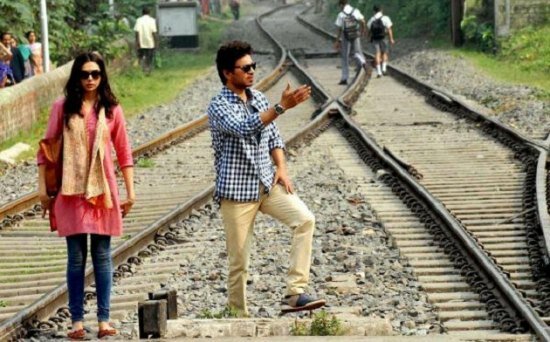 Piku is slated to release in April 2015 and it is the first time Deepika Padukone and Irrfan Khan are paired together to play each other's love interest.

Much of Piku’s story-line is still under wraps but the makers of the film insist that the love story between the two is far from a conventional Bollywood love story. The pictures show the duo walk along the railway tracks talking and laughing. The pair is also seen to share a laugh while on a drive. 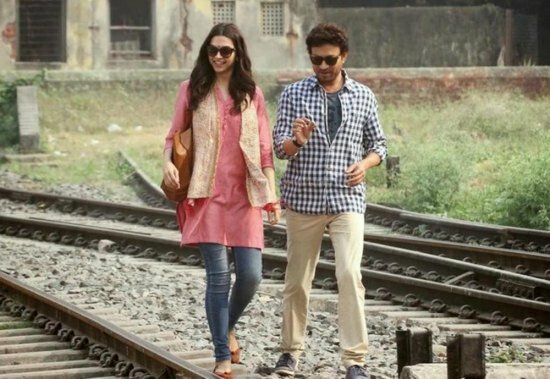 Deepika, who plays Amitabh Bachchan’s daughter in Piku, looks beautiful in a de-glamourised girl-next-door look in a kurti, jeans and stole. Irrfan, in casual attire, looks like a boy-next-door. 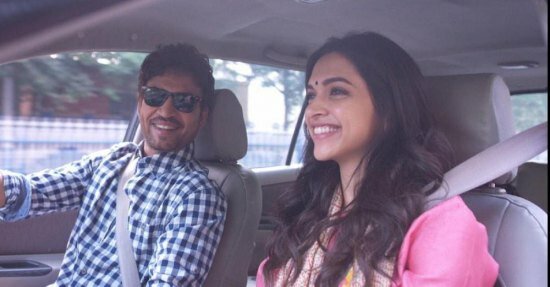 Going by the pictures and rumors, onlookers have revealed that Irrfan and Deepika’s onscreen chemistry is going to be loved and much talked about once the trailer is released. A source from the film adds, “Though Irrfan’s love interest is Deepika, the film is not a typical love story and Irrfan-Deepika’s love angle is just one track in the movie, and their onscreen chemistry has taken everyone by surprise. 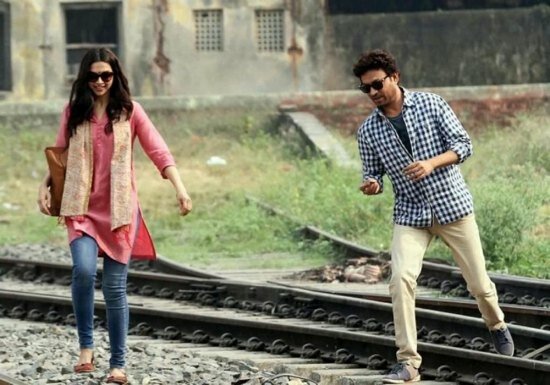 Piku is slated for an April 2015 release

The source further added, “Irrfan is not a usual lover boy which is what makes him essay this character with a lot of depth.”

Director Shoojit Sircar was also very impressed with the onscreen pairing of Irrfan and Deepika.  In his earlier films also, Irrfan shared great chemistry with his co-actors like Tabu and Konkana Sen.

The makers are yet to reveal much about Amitabh Bachchan’s character in the film but Piku will be his first 2015 release. This is the second time Deepika will be playing Amitabh Bachchan’s onscreen daughter. Previously, they were seen in the father-daughter relationship in the 2011 political drama Aarakshan.