Arvind Kejriwal, who became the Delhi chief minister just 50 days ago, has quit after the Jan Lokpal Bill – the anti-corruption bill was blocked in the state assembly by BJP and Congress party members. 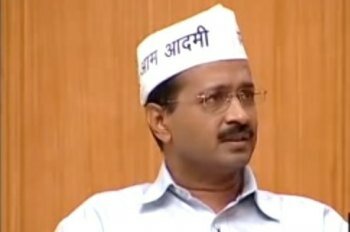 If passed, the bill would allow the setting up of an independent body with the power to investigate politicians and civil servants on corruption charges. But the opposition claimed that introducing a law that has not been approved by the federal government would be “unconstitutional”.

“BJP & Congress united to prevent the Janlokpal from being tabled. What happened in the Delhi assembly was there for the nation to see. The Delhi cabinet has decided to resign,” Kejriwal’s Aam Aadmi Party (AAP) website reads.

Kejriwas and his anti-corruption party – AAP – formed its maiden government in Delhi state only in December ousting the Congress CM Sheila Dikshit.

In its first ever elections, the AAP won 28 seats out of a total 70 seats quashing the ruling Congress party which won just eight seats. While the Opposition party, BJP, secured 32 seats to emerge as the single largest party, it failed to form a government.

AAP then formed the government with support from Congress after consulting the people of India.

“We had sworn to not accept BJP's or Congress' support. We asked the people and they asked us to work together.

“Our biggest promise was to pass Janlokpal bill and to pass laws against corruption. Congress gave it to us in writing and said they would support it. They didn't even let us introduce the Bill,” Kejriwal told his supporters today.

“I haven't come here for power. Today we resigned. I am willing to let go off my seat 100 times for the sake of Janlokpal bill,” he continued.

“Centre thinks of itself as the British government. Delhi's Lieutenant General sees himself as the viceroy,” he added.