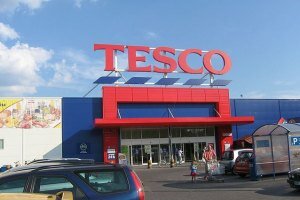 Britain’s biggest supermarket chain Tesco could face a fine of up to £200000 for illegally employing foreign students including one Indian student in its Croydon warehouse, it is reported.

According to a Daily Telegraph report, the UK Border Agency found that as many as 20 students -- from 12 different nationalities including Indian and Bangladeshi students -- have been working “significantly longer hours” than their student visas allowed in Tesco’s South London warehouse.

Of the total number of students arrested, at least seven have been deported. But, none of the students have been identified yet.

The supermarket chain faces a potential fine of £10,000 per illegal worker it employed.

This is UKBA’s latest raid which shows that Britain is tightening its border control. Recently, it raided several factories and homes in London, Surrey and Midlands to arrest illegal immigrants and deport them after receiving tip offs.

This is part of UKBA’s strategy to tackle visa abuse which has seen over 2,000 offenders removed in the last four months.

UKBA deports six illegal immigrants after a raid in Hounslow