People of Asian origin are more likely to be examined at UK borders as compared to other ethnic communities, an experimental analysis by Equality and Human Rights Commission (EHRC) has found. 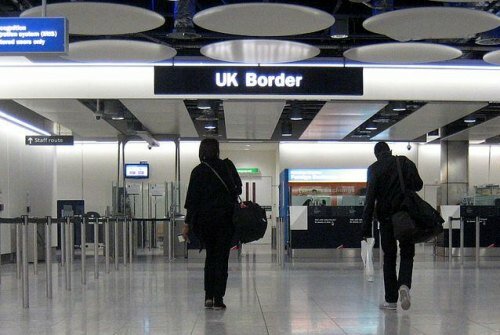 Race disproportionality ratios for total examinations at all UK ports in 2012/13 were estimated as -- 11.3 for the Asian group, 6.3 for the black group and 3.6 for the mixed race group, the study found.

The experimental analysis examined the patterns in ethnicity of the examinations under Schedule 7 of the Terrorism Act 2000, and suggested that relatively high numbers of those examined are from certain ethnic backgrounds.

The EHRC will work with the border examination officers to ensure that they do not discriminate on ethnic grounds while conducting stop and search duties.

While examining officers must not be selecting people for checks solely based on their “perceived ethnic backgrounds,” the experiment suggested that some ethnic groups such as Asians, are more likely to be stopped at airports.

But the Commission has stressed that the statistical analysis is still experimental.

The relatively high numbers of those examined from certain ethnic backgrounds raise concerns that there may not be sufficient limitations in place to prevent reliance solely on an individual’s ethnicity or country of origin as a reason for conducting the examination, particularly given that there is no requirement for reasonable suspicion, the EHRC has said.

“This research suggests there may be an imbalance in the use of Schedule 7 against ethnic minorities. We are also concerned by the fact that people can be detained for lengthy periods without the reasonable suspicion required for other stop and search powers,” said Mark Hammond, chief executive of the Equality and Human Rights Commission.

“We have highlighted these concerns to government and will continue to work closely with them, parliamentarians and the police to address these issues,” he added.

Although, in 2012/13, the percentages of examinations of white people (37.2%) and of Asian/Asian British people (23.5%) were lower than in previous years, the main increase was in the percentage of people who did not define their ethnicity at the time of search, the study further found.