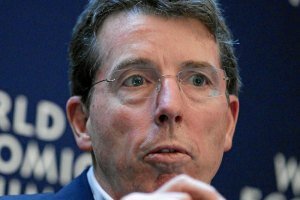 Bob Diamond has resigned as chief executive of Barclays Plc on Tuesday [July 3] with immediate effect.

Diamond's resignation, after 16 years in Barclays, was reported on BBC Radio 4 at 7.40am on Tuesday.

The news comes a day after Britain launched an inquiry into a market rigging scandal.

On Monday, the bank's chairman Marcus Agius announced his resignation over the row of interest rate manipulation. Agius said "the buck stops with me" before stepping down.

Pressure on Diamond, the American banker, was building with key figures including Labour leader Ed Miliband calling for him to resign.

Diamond has been a member of Barclays -- the second largest British-based banking group's -- executive committee since September 1997 after joining the bank in 1996.