Bollywood’s iconic figure and superstar Rajesh Khanna has died at the age of 69 in Mumbai after being in and out of hospital since April this year. Read more

India’s first action-hero and Bollywood star, Dara Singh, has died at the age of 83, after a cardiac arrest. Read more

London Indian Film Festival 2012 (LIFF), the event which aims to show the very best of new Indian independent films, was held between June 20 and July 5, 2012 in London. Read more 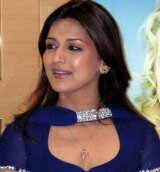 Akshay Kumar's Oh My God scheduled for a September release