UK Prime Minister David Cameron has ordered an urgent investigation into the allegations that Britain may have had a role to play in Operation Blue Star – the Indian military attack which took place in 1984 in Amritsar’s Golden Temple under PM Indira Gandhi’s command. 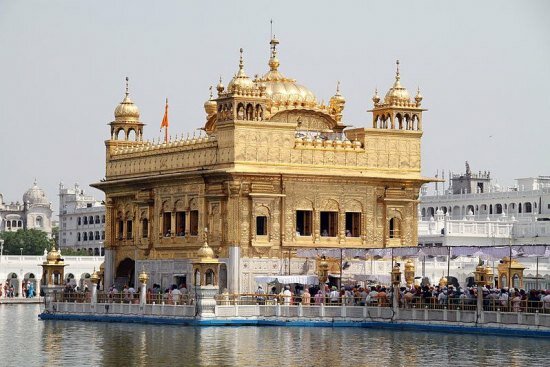 Cameron’s action follows demands from Sikh Groups for an inquiry into Britain’s involvement in the unfortunate Golden Temple massacre through the SAS (Special Air Service). According to the claims, a UK special forces officer visited India to draw up a plan for Gandhi on Thatcher’s orders.

The top secret Whitehall documents were revealed by MP Tom Watson who said that the Thatcher government "colluded" with India on the Golden Temple massacre.

The leaked documents showed that former British Prime Minister Margaret Thatcher sent SAS to advice then Indian Prime Minister Indira Gandhi who ordered the Indian military “for the removal of dissident Sikhs from the Golden Temple”.

One of the leaked letter, dated 23 February 1984, read: "The foreign secretary decided to respond favourably to the Indian request and, with the prime minister's agreement, an SAD [typo for SAS] officer has visited India and drawn up a plan which has been approved by Mrs Gandhi. The foreign secretary believes that the Indian government may put the plan into operation shortly".

MP Watson’s claims angered the Sikh community in the UK who urged the prime minister to take action to establish Britain’s role.

“The Prime Minister has asked the Cabinet Secretary [Sir Jeremy Heywood]  to look into this case urgently and establish the facts,” the Foreign and Commonwealth Office told Sikh Council UK, according to the Sikh organisation’s website.

Heywood’s investigation will establish Britain’s involvement in Operation Blue Star of 1984 and it will also examine why such sensitive government papers were leaked now and whether they should have been leaked.

The Sikh Council UK said it acknowledges the efforts of Tom Watson MP, Paul Uppal MP and others in raising this matter.

“We would continue to urge that full disclosures takes place so we can call all understand what transpired between the two governments.

“All Gurdwaras and Sikh organisations should continue to lobby their MPs to ensure the matter is not forgotten or put on the back burner,” it added.

Operation Blue Star that lasted six days resulted in the death of 400 people according to the Indian government’s claim but the Sikh community disputes this figure and says at least 3000 people died in the anti-Sikh riots.