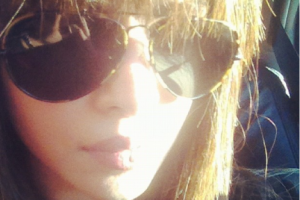 The last rites and funeral of Ashok Chopra took place between 5.30 and 6pm IST with most of Bollywood’s big names including Shah Rukh Khan, Shahid Kapoor, Deepika Padukone, Anurag Basu, Hrithik Roshan and Parineeti Chopra by Priyanka’s side to offer her condolence and support.

Ashok Chopra was admitted in the hospital 17 days ago when his conditions worsened and Priyanka has since cancelled all her filming schedule to be by his side.

Dr Chopra retired from the army in 1997 and is survived by wife Madhu, daughter Priyanka and son Siddharth.

Priyanka has always expressed her love, affection and respect for her father in many of her interviews. She has even a tattoo on her arm which reads “Daddy’s L’il girl” and has said that her second career -- singing – has made her dad more proud of her than the national awards she has won for her acting. Her biography in her official Twitter account also mentions her father and as a tribute, the Barfi! actress has posted a picture of herself with her father on her profile.

Bollywood poured their tributes to Dr Ashok Chopra and support and condolences to Priyanka Chopra on Twitter today.